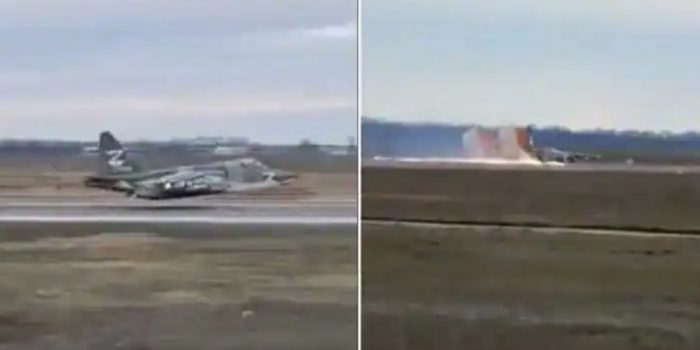 “Flying over the crowns of trees: the crew of the Su-25 inflicted missile air strikes on the armored vehicles of the Armed Forces of Ukraine,” the ministry said in a telegram post.

The ministry also stated that it is not an easy feat to maintain a low height at great speed, but the Russian pilots did it seamlessly.

After the strikes, the crews released heat traps and returned to the takeoff airfield, according to the explanation from the Ministry of Defense.

In another video of the Russian Su-25, the aircraft had a failed landing that required the pilot to land safely by skidding the attack jet’s belly over the runway.

The most recent intelligence report from the UK Ministry of Defense said Iran would increase its support for Russia in exchange for ‘unprecedented’ military access.

The Su-25s’ proximity to the ground has led to several of them being shot down by air defense systems. Ukraine has shot down a plethora of Soviet-era aircraft.

According to Oryx’s military tracking website, Russia has lost 23 Su-25s since the invasion started. On the other hand, 15 Ukrainian Su-25s have been brought down by Russia.