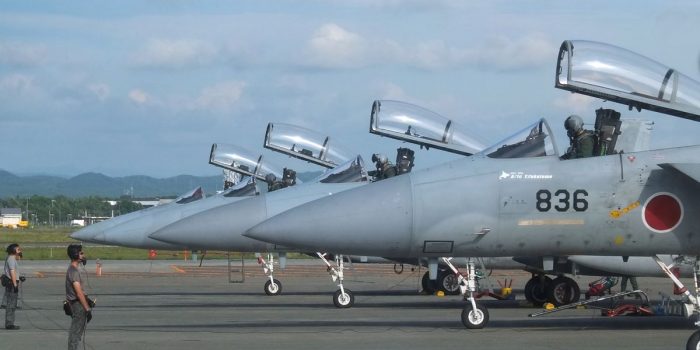 Japan is planning a huge increase in defense spending. Special attention will be given to Japan’s offensive weapons, a new fighter jet, and stockpiling ammo for wartime contingencies between 2022 and 2027.

Japan’s 2022 defense budget is 1.1 percent, or $54.1 billion, and currently, the country holds ninth place for defense spending worldwide, with the United States, China, India, the United Kingdom, and Russia consisting of the top five spenders, in that order.

Corey Wallace, an assistant professor at Japan’s Kanagawa University, tells Popular Mechanics, “News reports are suggesting a purchase of Tomahawk cruise missiles as Japan considers building out its integrated air and missile defense capabilities to include ‘counterattack capabilities.’ The currently rumored tie-up between Japan, Italy, and the U.K. to develop Japan’s F-X fighter is also likely to be covered by the five-year build-up program.”

“Japan is also likely to invest money in accelerating the planned upgrades to its Type-12 surface-to-surface missile to extend its range and enable it to be launched from other platforms.”

Ukraine’s war has engulfed a large amount of NATO ammunition, stressing even America’s ammunition stockpile. “One thing that is likely to be enhanced,” Wallace explains, “is ammunition stockpiles. This has been a long-run issue, and events in Ukraine have only reiterated the importance of being able to sustain the generation of force beyond an initial strike.”

The enhanced budget will also cover “funding for scientific research, cyber technology, infrastructure, and an improvement of the Japan Coast Guard.”

Japan’s defense budget increase will bring it together with the rest of the western-oriented countries; NATO suggests a defense spending of two percent of GDP for member states. One percent was unsustainable given China’s large and growing military, Russia’s willingness to invade its neighbors, and North Korea’s unbridled nuclear program.