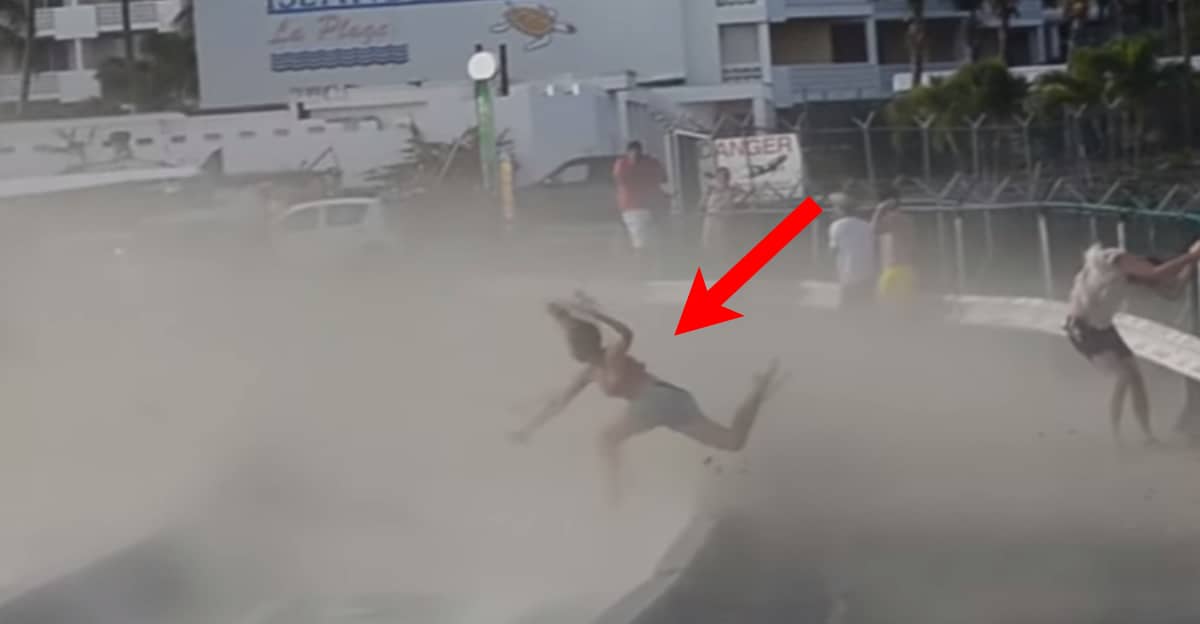 Besides the yellow beaches and lanky trees, the Caribbean island of Sint Maarten is also very famous for its Princess Juliana International Airport that allows people to watch commercial airlines kissing the sea on their super low takeoffs and landings. But as exciting as it sounds, it is also very dangerous for the onlookers since they can be blown away by the jet engine’s air blast.

Despite the abundance of warning signs around the area instigating and pleading people not to get too close to the grill, it happened again! A 57-year-old woman from New Zealand was careless enough to ignore all the warnings as she went too close to a fence to watch a Boeing 737 take off directly above her. Unfortunately, she was blown back by the sheer air pressure of the engines, striking her head on the concrete and leading to her sad demise shortly after, as the New Zealand Herald reports.

This video of another tourist gives an insight on what would have transpired in the latest incident. This woman, however, was very lucky to have survived the hit with only minor injuries.

Rolando Brison, director of tourism for the island of St Maarten, spoke to the Herald and had this to say,

“I met with the family of the deceased this evening and while they recognized that what they did was wrong, through the clearly visible danger signs, they regret that risk they took turned out in the worst possible way.

“At this time I only wish to express my deepest sympathy to the family and loved ones while we continue to investigate what transpired just hours ago.”

Aviation experts also weighed in on the incident,

Aviation commentator Peter Clark said jet blast was “incredibly dangerous”, particularly if someone was standing behind a large aircraft.

“There’s less than 50m from the end of the runway to the water. It’s a normal runway but it’s just very much, it’s a very tight runway . . . the planes come right over that beach, virtually to touch down.”

He said thrill seekers liked to stand by the end of the runway so the jet blast could throw them into the water.

“People know the dangers . . . it would pick you up like a piece of paper.”

We offer our deepest condolences to the family of the departed and hope that people take a lesson from this to avoid any such incidents in the future.