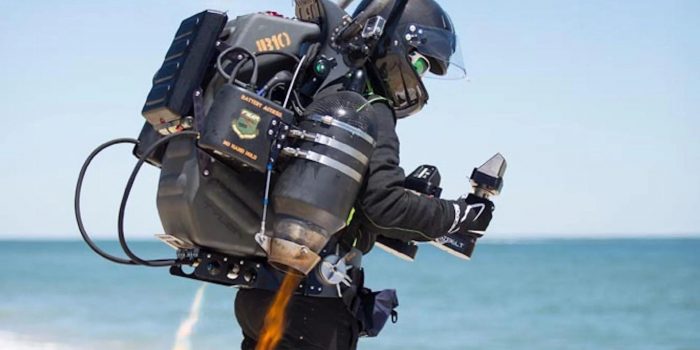 According to the Defense Advanced Research Projects Agency (DARPA), the Pentagon has continued to go after military-equipped jetpacks.

The agency revealed last year that they will be working on a program for militarized jetpack creation. The program was called the Portable Personal Air Mobility System. The objective was to give soldiers excellent mobility in the air without threatening their lives.

The United States military has been pursuing this technology since the 1950s.

In 1957, they got close to this technology with Bell Aerosystems “Jump Belt” concept. This massively enhanced the army’s mobility.

Proceeding with Bell Aerospace, the military decided to go with jetpacks, calling them Small Rocket Lift Devices. Unfortunately, this could not be followed through as there were several functionality issues related to these mobility jetpacks.

Experts, including security and Defense writer Kyle Mizokami, noted in a 2018 publication that flying soldiers with Bell’s prototypes was a terrible idea as it would leave them highly vulnerable on battlefields.

However, Special Operations reached out to JetPack Aviation a few years ago to create a similar mobility device. They wanted this device to fly over 200 miles per hour and needed it to be ready for a test before the end of the 2019 summer season. The output of this is still unknown.

In a recent National Defense article, Richard Browning, the founder, and chief test pilot at Gravity Industries stated that the company had worked with six special ops for a mobility suit. People are speculating that they are working with the United States Special Operations Command.

Other countries are also working to have a competitive edge in their military standing with the help of technology.

South Korea had gotten closer to achieving its layered missile defense shield, which was built to counter attacks from the North. This innovation will give the South Korean Army an edge on battlegrounds.

Being on the same path, Taiwan has recently showcased a locally developed drone designed to kill enemy radars positioned at sea or land and can allegedly strike unmanned aerial vehicles.