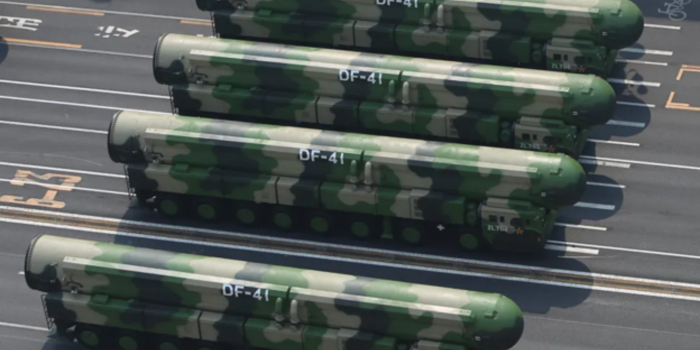 The U.S. Department of Defense has further intensified the cryptic energy surrounding  China’s test of its nuclear-capable hypersonic weapon test. The US states that it “likely demonstrated” the People’s Republic of China’s capacity to field this capability.

The progress was documented on November 29 in the Pentagon’s report of the event. This information was included in the Defense Department’s annual Military and Security Developments Involving the People’s Republic of China report, more commonly known as the China Military Power Report (CMPR), which serves as an assessment of China’s current defense strategy and military capabilities.

“On July 27, 2021, China conducted the first fractional orbital launch of an ICBM [intercontinental ballistic missile] with an HGV [hypersonic glide vehicle],” the CMPR revealed. “The HGV flew around the world and impacted China. This demonstrated the greatest distance flew (~40,000 km) and longest flight time (~100+ minutes) of any land-attack PRC [People’s Republic of China] weapons system to date. According to senior U.S. military officials, the HGV did not strike its target, but came close.”

The Pentagon believes that China is “probably” developing a number of advanced nuclear delivery systems, like the FOB system and the hypersonic glide vehicle both tested in 2021, due in part “to long-term concerns about United States missile defense capabilities as well as to attain qualitative parity with future worldwide missile capabilities.”

The Financial Times was the first to report on the test. They said that the Pentagon was rather surprised that China was able to conduct a test on this refined technology.

While the report was certainly helpful for gaining a more general understanding of where China stands in the global hypersonic race, the document also didn’t provide any additional detail in terms of any potential fielding timeline for the country’s FOB-capable hypersonic glide vehicle.

The Pentagon wrote about the U.S. military’s own advancements in the hypersonic realm as the predominant driving factor behind China’s innovations while admitting that most of China’s missile systems are “comparable in quality to systems of other international top-tier producers.”

Still, it is important to note that U.S. missile defenses at the moment aren’t capable of deflecting a massive nuclear strike from a near-peer like China or Russia.

However, this does not mean that the US is not preparing for it. For example, the Missile Defense Agency is currently working on its plans to develop integrated fire control and sensor fusion networks to defend against hypersonic threats, and the Space Development Agency is three years away from launching the first of its satellite-based hypersonic missile tracking constellations.