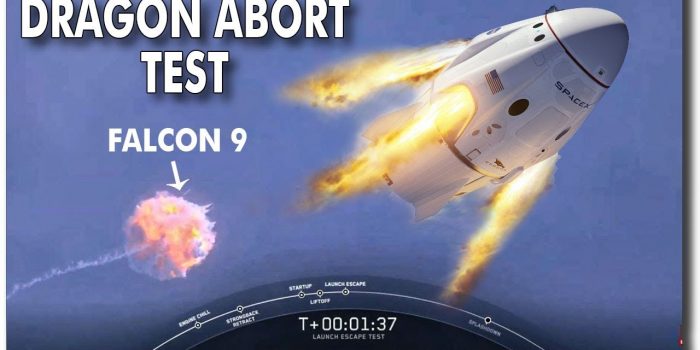 As a final milestone, SpaceX went through a major test before affirming that astronauts can get on board. This one ensured the entire safety system of Crew Dragon. It specifically focused on the capsule, making sure that the astronauts can reside within it during the flight. The mission was run at a very high speed while occupying minimum time. As per the plans, the Crew Dragon capsule was launched over a Falcon 9 rocket, while the journey was triggered from NASA’s Kennedy Space Center. Fingers crossed!

Seen to be super excited and vouching for the mission, Elon Musks boasts off in a press conference, “Overall, as far as I can tell thus far, this was a picture-perfect mission,”

Elon’s interest in achieving the goal is built because this one would decide the future of his space company, the credibility that whether the company will get the certification for letting NASA’s astronauts fly in its capsules or not?

Picturing the mission: The SpaceX was launched at about 10:30 AM from the above-mentioned location, and after about 84 seconds, when it was about 12 miles in the air, an emergency situation was triggered, the engines of the booster stage were shut down.

This was intended to test the response of the capsule when it propelled to an altitude of about 27 miles. Boom!

After about 9 minutes, the capsule fell into the Atlantic Ocean, making the mission a success.

The test was designed on realistic grounds, with two test dummies, incorporated with sensors, sensing the jerks an actual crew would be facing. Indeed, it is an overall good approach to replay an original situation to understand the setbacks of a real mission. Benji Reed, director of crew mission said, “We test as we fly, and we want to practice as we fly. ”

Before launching it off in the air, the security system was also checked on the ground. The test bore fruitful results but at the cost of damaging the rocket, and the damage was an expected one. Reed had already anticipated the consequences, “We expect there to be some sort of ignition and probably a fireball of some kind,”

The mission also checked the functionality of Mark 3 parachute systems. The test is also being referred to as, the in-flight abort. The positive results mark big success for SpaceX, quoting Reed again,

“This test is very important to us. It’s really the culmination of years of work together in close partnership with NASA,”

The next step after the formal certification is a real mission with two of NASA’s astronauts flying to space!