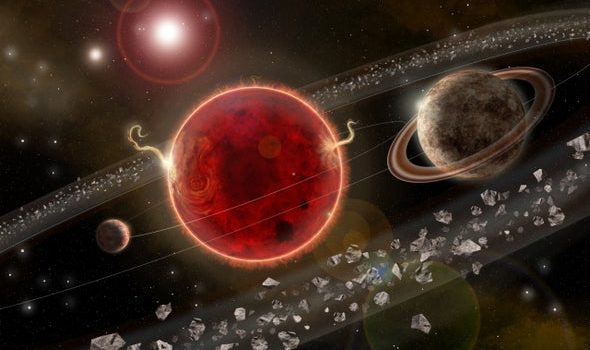 A star, orbiting nearest to our sun, may have a super-earth, orbiting its planetary system. Woo! A super-earth means, another planet that shares the characteristics of our Earth, or maybe a place that has the potential of having a life?

Owing to the research conducted at Italy’s National Institute for Astrophysics, the start Proxima Centauri, which is approximately 4.2 light-years away from our sun, has a planet orbiting around it. This has been indicated after observing the star’s activity. If you are curious to know all the details, do refer to the journal Science Advances, in which the entire study has been published.

Considering the size of what we are calling a super-Earth, it’s size shall be somewhere between ours and that of Neptune. In an interview with Business Insider, Mario Damasso, an astronomer who shares the credit of the research says, “Proxima Centauri is the nearest star to the sun, and this detection would make it the closest planetary system to us.”

Popping up your dream bubble of having a new life far away from this planet, the super-Earth, also names as Proxima c, has a greater chance of being inhabitable. There are also possibilities that it either all ice or is under a hydrogen-helium umbrella.

Intrigued? You might be thinking what were the signs that led to this discovery? Was there any spaceship that observes the footsteps of some aliens? If you have a knack of astronomy or you’ve seen sci-fi movies, you must know that if the color of the light of a star varies, there are obvious chances of it being slightly pulled off by a planet. Damasso added that they, “cannot discard the possibility that the signal is actually due to the activity of the star.”

To aid the research, scientists have planned to take assistance from ESA’s Gaia space telescope, or NASA’s James Webb Space Telescope. By the way, the latter one is yet to be released in 2021. So there’s pretty much wait before you can get to know if any such planet actually exists or is it just an abnormal activity in the space. If the results are positive, the next question hitting up your mind would be the existence of life! Are there any super-humans living in the super-Earth? Or maybe the second you, living in another dimension! Being a little realistic, would the conditions and atmosphere of the super-Earth be favorable to any life?