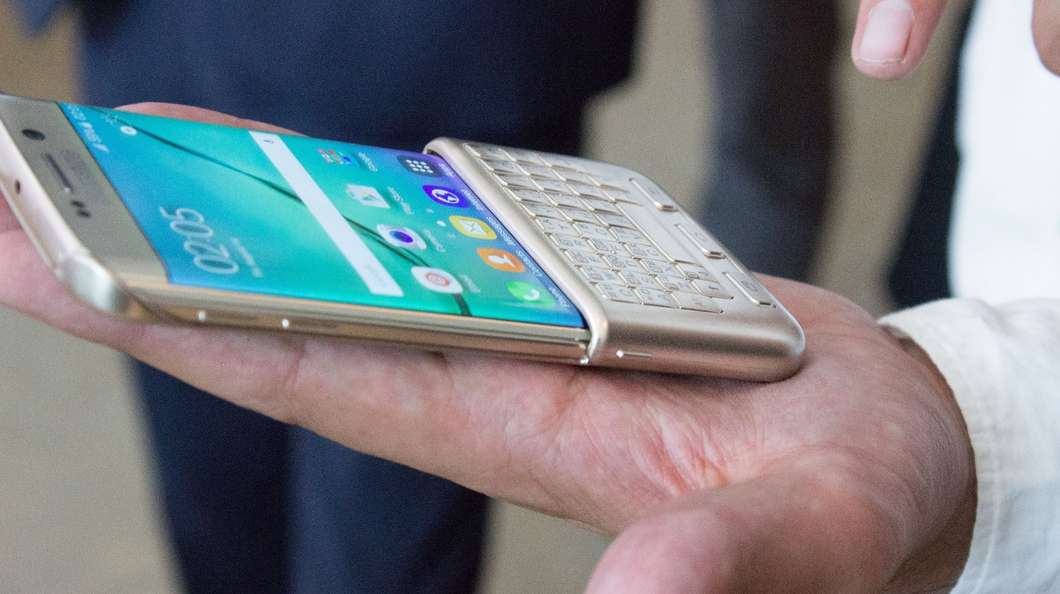 No matter how good touch keyboard can be, it can never give the same vibes as a good old-fashioned BlackBerry Keyboard. It had been in the mind of many mobile companies for some time, but the problem was that a fixed a keyboard like that would affect the experience of a touchscreen and the design attributes. Now that everybody had been dying to take out crazy old lady BlackBerry, this announcement of a keyboard case by Samsung might just be the last straw on the camel’s back! After trying their hands on the new case, many experts are of the opinion that their S6s and Note 4s become more like the BlackBerrys of old. It was thoroughly enjoyable experience and the physical tapping of buttons had been surely missed from the smartphone industry. It slides easily on top of your phone and you can easily tap away and the buttons do a fine job of it. The tapping sound is so comforting for us to hear and I believe many people will eventually opt for it because we keep messing up with touch screen’s small divisions and unrealistic effect. But, those of you who are hardcore touchscreen typers, may find it odd to exert more force than usual and slowing down of things. You may never like it. It is perhaps for the nineties and eighties kids who never got used to the touchscreen Armageddon that engulfed the smartphone industry in recent years.

The accessory has two sides to its coin. A keyboard and a phone cover that wraps itself around the phone. The keyboard can be removed and attached at one’s discretion which is a nice feature. There is no power needed for the new accessory. It will simply press the underlying touch keyboard to do the job. So, for around 80$, you can buy it in the near future and type away like its 2006! It will also be available for S6 and S6 Edge. So do you like this new attachment by Samsung?