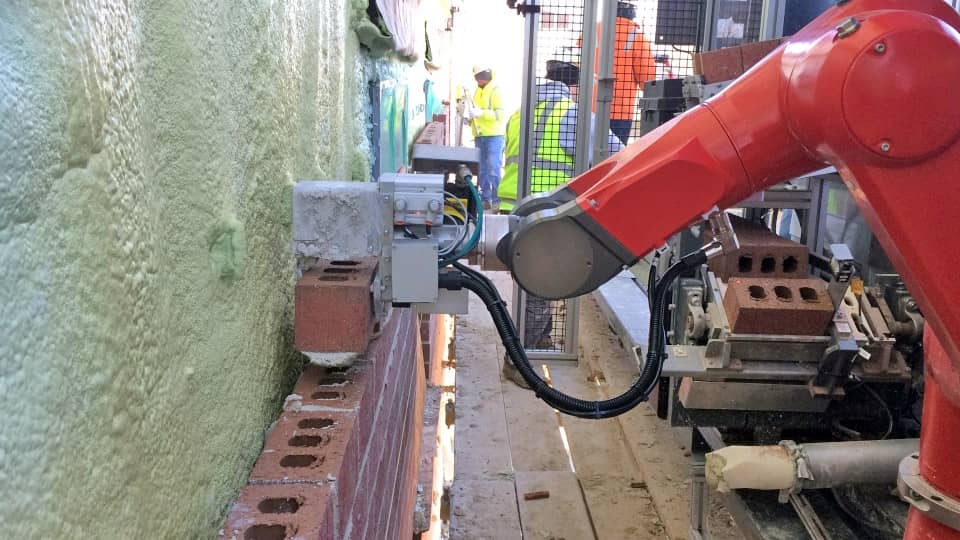 Are you scared about robots replacing our jobs? Well, that is an entirely rational fear because the robots are getting intelligent and now they can make art or write poetry. Artificial intelligence has already begun to replace human workers, whether painters, surgeons, soldiers, pilots, sports coaches, or baristas. Experts claim that AI robots could replace as many as 10 million jobs in the UK alone. Another skill being added to the robots’ skill set is the art of laying bricks, and the SAM the brick laying robot can six times more work than a human worker.

SAM (Semi-automated Mason) can lay up to 3,000 bricks a day. An average human worker, on the other hand, can only lay 500 bricks a day. The robot has the ability to pick up bricks, apply mortar and lay them, but the semi-automated robot needs to be highly supervised. Human workers will have to set up the robot, supervise health and safety, and help it with laying bricks at different angles and do the cleaning as well. The robot comes at the cost of £330,000, but it needs no tea or lunch breaks.

SAM has already begun to help at various construction sites in the US, and Construction Robotics is planning to introduce them in Britain and the biggest construction firms have warned that the industry will see mass layoffs. At the Institute of Director’s annual convention the Chairman of Land Securities, Alison Carnwath commented:

“Five years ago I’d have smiled wryly if somebody had said to me that robots would be able to put up buildings in the City of London, I tell you we’re not that far off, and that has huge implications.”

Watch the robot in action: