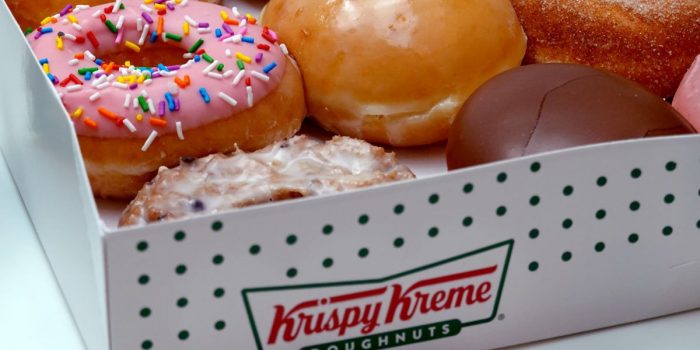 “Probably within the next 18 months, you’ll see some automation starting to go into the frosting, the filling, the sprinkles, and even the packaging,” Krispy Kreme CEO Mike Tattersfield told Yahoo Finance.

The Winston-Salem, North Carolina-based company revealed that they aim to generate $2.15 billion in revenue by the fiscal year 2026.

The incorporation of robots in these operations is becoming increasingly common in the United States. This will increase points of access to deliver-fresh-daily (DFD) to grocery stores, convenience stores, quick-serve restaurants, and other locations. With this model, customers can get full-sized doughnuts produced that day, locally, without going to a Krispy Kreme location.

“We’ve got some pretty big factory stores…we do 12,000 points of access today, which get fresh doughnuts globally,” Tattersfield said, emphasizing the major undertaking it is to get so many fresh doughnuts to the various locations. “You need to start looking at what the automation capacity of that is because it is going to the grocers. It is going to the convenience shops.”

The automated lines would produce 18% of Krispy Kreme doughnuts within the next 18-month period. This addition is expected to result in $2 million of annual savings on a $6 million investment.

J.P. Morgan Analyst John Ivankoe, who has an Overweight rating on Krispy Kreme stock and lowered its price target to $13.00 from $15.00 last week, stated that the doughnut is spending $100 million on doughnut production labor in the U.S. currently. Out of this, “$60 million is related to post-production labor that includes inline icing, inline filling and traying/boxing functions which can be automated.”

However, Krispy Kreme employees, known as Krispy Kremers and Insomniacs (employees behind its Insomnia cookies business) are still at the core of the business with the intention to cut out laborious tasks.

“We still are going to continue to drive the experience side with our Krispy Kremers and Insomniacs, so I always find that when companies do a great job, they’re balanced in how they try to do that and you try to get the repetitive task out of the business,” he said.

“It’s really about the growth opportunity,” he explained. “When you’re in a company of our size that even, today, it’s still just 400+ producing doughnut shops with a long trajectory of growth … that growth across the country becomes a very attractive proposition. I love to see that our doughnut shop managers are now owners.”