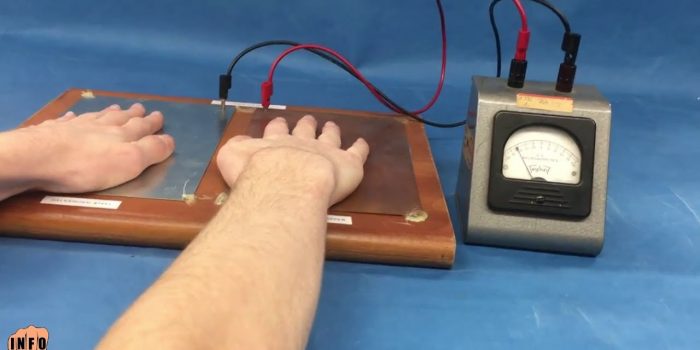 We underestimate the capabilities that not only our mind, but our entire body hold. Do you think sci-fi movies that show human bodies being used to generate power are kinda joking? No sane will ask you to plug in your microwave with your body when the electricity has gone and get your lunch ready. But there are pretty cool technologies where you can actually bring your own body to use.

You think you’re utterly useless when at rest? Or you count your unproductive hours when you’re at your lowest. Well, science says that even when you’re resting, you can produce about 100 watts of power. Surprised? Or calculating the amount of food you’ll be needing to fuel yourself up! We’ve done that maths for you as well. It is equal to around 2000 kcal. (Source: extremetech.com)

Adding to your information, the human body is capable of producing 250 – 400 BTUs of power. So now you’re picturing yourself being made up of ion and electrons?

Cracking the suspense, below is a list of few interesting and weird projects that have been under study to generate electricity from the human body.

Strange one though! Thanks to the Researchers at the Jacobs School of Engineering, University of California, to put our sweat to use as well. Untangling their imagination, they came up with designing enzymes that can extract current from human sweat. The concept is simple. Carbon nanotubes reside within the dots on the flexible patch, which get the lactic acid in sweat convert into the electric current.

What are the applications of this miniature powerhouse? Well, the amount is minute but enough to light up an LED or Bluetooth radios. Furthermore, it can be used as a source for many wearable gadgets. To catch up with the details of the project, you can refer to Jacobs School of Engineering’s website.

Ever wished to shut off your ears and take a break from the world? In parallel to getting yourself in the hibernation mode, you can do more out of your ears. Owing to the research conducted at the University of Massachusetts, a device has been designed that can produce current from the inner ear. Inside the ears are present small electric voltages, referred to as endocochlear potential. The pressure waves that hit the ear, are transformed into electric impulses that are fed to the brain. The teeny tiny voltage can be used for hearing aid devices. The researchers developed a chip that could borrow some current from the natural process.

The idea revolves around the temperature difference between the human body and its surroundings. The research is being conducted by a team from The Electronics and Telecommunications Research Institute, South Korea. The prototype designed is 5cm in width and 11cm in length and the technology implemented is dubbed as ‘Biomimetic Heat Sink’. The generator has successfully harvested 35 microwatts per square centimeter and it is a good value as compared to any device in a similar domain.