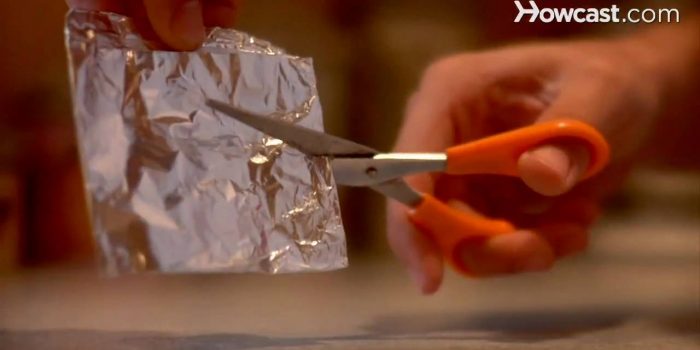 Tossing out your scissors and planning to buy a few more pairs? Why not sharpen them up and save some dollars!

We all know the kitchen hack of sharpening our knives, but hardly have we ever thought of giving our scissors a new life. Though, there exist some easy and fast ways of cleaning up and removing the dullness from your pair of scissors. Apart from the methods, you can also but a sharpener for the same purpose, rather than spending money in buying new scissors each time

Let’s kick off with handheld rotary tools. Also termed as the Dremel tool, the electric gadget clamps the blades over its beveled edges. The tool provides an option of multiple accessories including a grinding stone that best fits for sharpening scissors. Firmly gripping the stone into the nuts, tighten them up. Grip the tool with your hands and operate the motor. Tactfully, place both the stone and the beveled edge at the same angles and ensure the continuous movement of the stone. Along with this, keep on moving the stone from base to tip several times. Continue to grind off the flat side of the blade, until you feel it free from any burrs.

This one can be used for slightly dull scissors but is not a good option for too damaged blades. Take about 12 in. of aluminum foil, and make 6 six layers out of it by folding. Now, cut the strips of foil until the scissor gets sharpened. Clean the blades once you feel the scissors are cutting quicker than before.

The most conventional way of sharpening scissors is by using a whetstone. The stone has two faces, one coarse while the other fine is quite finer. The later one is 1000-grit and the first one only 400-grit. As the initial step, you have to wet up your stone using honing oil. If you don’t have that, water will do the job for you. The next step involves laying down the flat surface of the blade over the stone. Don’t put on too much force, and start moving the blade from base to tip. Once, you feel the blade to be smooth enough, you can discontinue the movement. Mark the beveled side now, and place it flat against the stone. Now, again move the blade across the stone. To ensure the blade is kept at a proper orientation or else, it can further damage the scissor. Keep on repeating this until the surface appears to be shinier. Now, use the other side of the stone, place the beveled edge of the blade across the fine-grit and repeat the above instructions to get a sharp cutting edge.

Your years old scissors are ready to be used now!