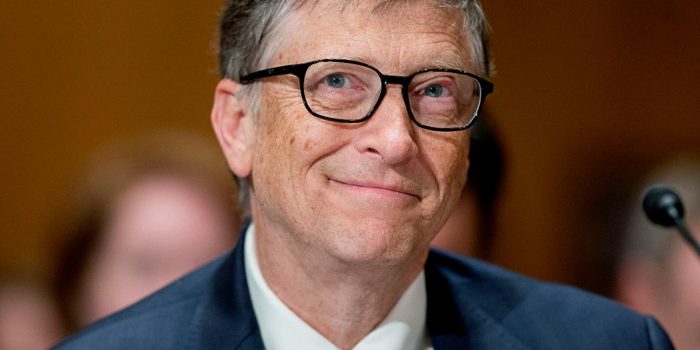 The stats are poor, development has stalled, and all of the patterns that had given hope that the world will become a more fair place have taken sharp turns. Nonetheless, Bill Gates, who has invested billions of dollars in poverty relief, is “very optimistic” about humanity’s future.

Gates thinks that people born in the next few decades will have better lives than anyone born at any previous time in history, despite the ongoing global challenges.

In all its consequences, the Russia-Ukraine crisis is wreaking havoc on a world already pummelling by COVID-19 and climate change. As a result, the world economy is suffering greatly, particularly among vulnerable people and developing countries.

According to Gates, the world is filled with negative events. However, pessimists are unable to perceive the larger picture, Gates said.

“It’s easy to get a more negative view of some of these trends than is really fair, in my view.”

Gates emphasized improvements in public health, noting that over the past 20 years, the deaths of children under the age of five have been cut in half globally.

“The amount of innovation that is [for] the improvement overall in the human condition is still going to be dramatic. We will cure obesity; we will cure cancer; we will eradicate polio,” Gates said.

Gates has also praised current technological advancements that allow academics and healthcare practitioners to reach a larger audience. Furthermore, he valued the promise of economical and efficient green energy solutions.

“The amount of IQ in the world that’s being educated, the quality of the tools we have to drive forward our innovation, whether it’s in health or energy or education, those are fantastic things,” Gates said Monday.

It’s obvious that things are only going to get better, he said.

“Zoom out and say, ‘OK, where were we 300 years ago?’” Gates asked, noting that the average lifespan for human beings has vastly improved over the past three centuries. In 1700, the average person died before reaching age 40. Today’s life expectancy in the U.S. is 76.1 years.

“It didn’t matter if you were a king or a pauper; you were subject to huge infant mortality and extremely low levels of literacy,” Gates said. “So, the scope of human innovation over time … is a phenomenal story.”

“Everybody’s five times better off than they used to be,” Munger said.