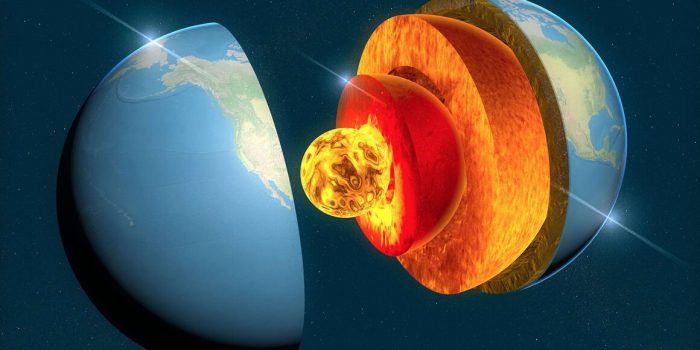 Our Earth’s core appears to be doing something unique deep within the planet’s surface.

The Earth’s inner core appears to have stopped spinning, and researchers believe it may even be spinning in the opposite direction.

A new study published in the journal Nature Geoscience examined seismic waves from recurring earthquakes over the last six decades and concluded that the core’s rotation ceased around 2009 and then gradually resumed in the opposite direction.

According to the experts, the last rotation change occurred in the early 1970s, and the next one will occur in the mid-2040s.

The scientists believe that the reasons for this reversal include the Earth’s magnetic field and gravity.

“The mantle and inner core are both highly heterogeneous, so the gravity between their structures tends to drag the inner core to the position of gravitational equilibrium, so-called gravitational coupling,” lead authors Yi Yang? and Xiaodong Song, a pair of researchers at Peking University said.

“If the two forces are not balanced out, the inner core will accelerate or decelerate,” they explained.

According to the researchers, this rotation closely corresponds to fluctuations in the “length of day” — minor variations in the exact time it takes Earth to circle on its axis.

So yet, there is no proof that what the inner core does has a substantial effect on the surface. However, scientists assert that they think there are physical connections between all of Earth’s layers, from its inner core to its surface.

“We hope our study can motivate some researchers to build and test models which treat the whole Earth as an integrated dynamic system,” they said.