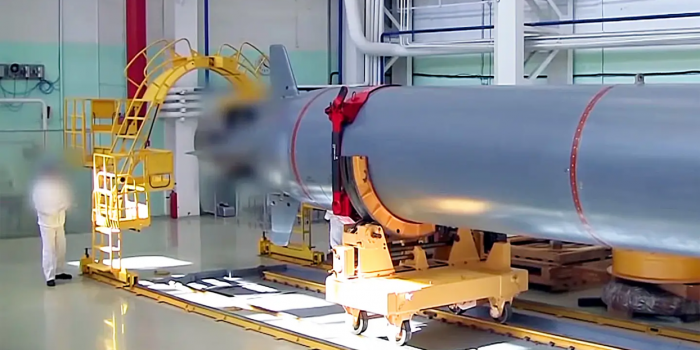 Russia has produced the first nuclear warheads for the Poseidon super torpedoes to be deployed on the Belgorod nuclear submarine, TASS reported on Monday, citing an unidentified defense source.

The first batch of Poseidon ammo has been manufactured and will be sent soon to the special-purpose nuclear-powered submarine Belgorod, according to the source.

According to the source, multiple tests of the nuclear power unit and other essential Poseidon underwater drone components were successful.

According to TASS, the major components of Poseidon, including a nuclear reactor to provide the torpedo with its own power source, have been built successfully. In addition, the crew of the Belgorod nuclear submarine has also completed testing with torpedo prototypes.

President Vladimir Putin has presented multiple hints that Russia will not back down since a gloomy New Year’s Eve message characterizing the West as Russia’s chief rival in the war on Ukraine. According to Reuters, he dispatched hypersonic missiles to the Atlantic and appointed his top general to lead the fight.

Poseidon has been described by both US and Russian authorities as a new type of retaliatory weapon capable of producing radioactive ocean surges that render coastal cities uninhabitable.

Putin initially disclosed Poseidon in 2018, calling it a fundamentally new form of strategic nuclear weapon and stating it would have its own nuclear power supply.

Putin stated in his 2018 address that the torpedo’s range would be unlimited and that it would be capable of operating at deep depths at speeds times faster than any submarine or other torpedoes.

“They are very low noise, have high maneuverability, and are practically indestructible for the enemy. There is no weapon that can counter them in the world today,” Putin said.

The Poseidon is a mix of a torpedo and a drone that can be launched from a nuclear submarine, according to what is known in the public domain.

The Russian military has yet to comment on the Poseidon’s completion.

CNN reported in November 2022 that the Russian navy had failed to test a Poseidon missile in the Arctic Ocean.

Poseidon was developed in reaction to the United States’ withdrawal from the Anti-Ballistic Missile Treaty to increase Russia’s capability to defeat US missile defense systems.