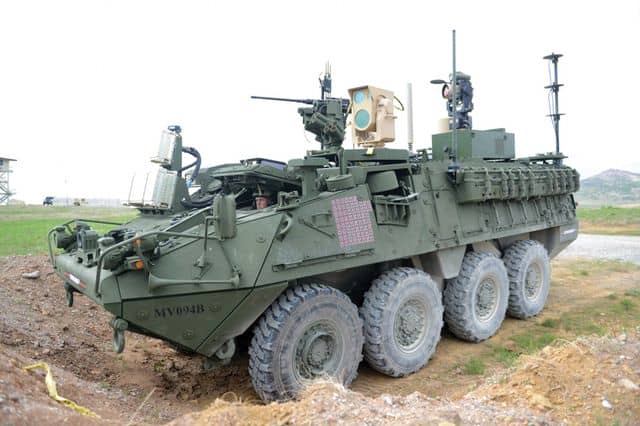 Laser weapons which are being developed by the army are too large that they cannot fit inside a tank and kill other tanks. However, they can be used to destabilize flying objects. This is a reason why US Army is trying to introduce laser weapons into the field of air defense. The Army has Patriot missiles for long-range air defense and shoulder-fired Stinger missiles for local defense. These assets are much less than the armies of other countries. There are also no vehicle-mounted and medium-range air defense systems at all.

The Army used more than 50% of its science and technology budget for 2017 into laser weapons. Meanwhile, service is also set to buy two battalions of air defense vehicles for its Stryker brigade combat teams. The previous versions of the MSHORADS (Maneuver Short Range Air Defense Systems) used guns and missiles to shoot down aircraft, helicopter, and drones. Now the Army expects to have laser air defenses available by 2023. Laser weapons have developed a lot in the past few years. They need to generate a lot of power and also have a lot of weight.

US Army wants to have laser powered tanks, but the energy needed to burn through the enemy armor is still impractical on the battlefield. Flying objects like drones, helicopters, and planes are usually unarmored. A minor structural or electronic failure and the flying bird will smash on the earth in no time. The US Army wants a 50-kilowatt weapon by 2023. This weapon will have enough power to shoot down a drone. The Army is hoping to be prepared for the day when a swarm of drones might attack the soldiers. In this case, an air defense system will be needed which can engage with multiple targets in lesser time. These will also protect from cruise missiles like the Russian Kalibr. The laser weapons might be the last resort to stop howitzer and mortar shells attacks on the US troops.