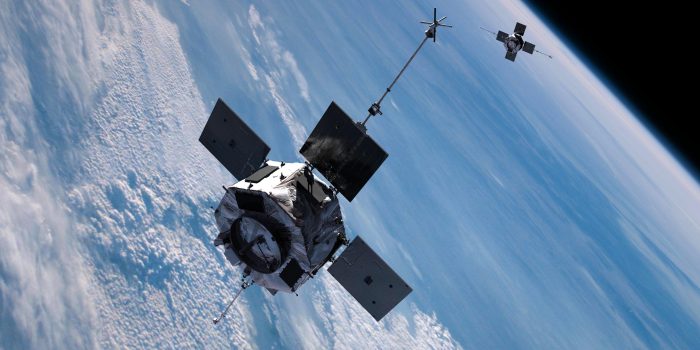 Gen. John Raymond, the chief of the U.S. Space Force, warns that the security of the final frontier faces a “full spectrum of threats” from China that must be countered by allied forces, according to an initial report from Nikkei Asia.

With China, Russia, and the US all working on ways to disrupt each other’s satellite networks, it’s just a matter of time before the problem is forced into a debate.

The Chinese are building “everything from reversible jammers of our GPS system which provides navigation and timing with precision, to jamming of communications satellites,” Raymond told Nikkei. “They’ve got missiles they can launch from the ground and destroy satellites.”

“I’m convinced that these capabilities that they’re developing would be utilized by them in their efforts in any potential conflict,” Raymond added.

In his observation, the U.S. faces a space domain that has gotten “a lot more competitive.”

“Space underpins all of our instruments of national power, whether it’s diplomatic, economic, information, and national security,” Nikkei reported.

“Great power competition is broader than just competition among the militaries,” Raymond said in the report, mentioning China and Russia.

“It goes across all facets of governments. Space is critical to that. It’s hard to deny that satellites are central to many military manoeuvres and strategies of the U.S. military, from linking different vessels via communications to tracking the launch of enemy missiles or vehicles.”

“Access to space and freedom to manoeuvre in space are [both] really important,” Raymond added.

Whether detecting enemy movements or missiles or handling communication between units, satellites serve a critical part in US military operations. However, some argue that the US has placed too much of its capabilities in space assets. If a conflict arises with China or Russia, one of the first actions taken would be to attack US satellites, which would significantly limit America’s ability to fight.

Therefore, Raymond is specifically concerned about China in this regard. He claims that China is creating “killer satellites” with robotic arms to disable other satellites, antisatellite missiles, and GPS jamming devices.

While China and Russia have apparently expressed their willingness to discuss international constraints on managing new space weapons, the United States has refused their proposal; therefore, discussions on demilitarizing space have reached a standstill. Thus, while the risk of space conflict looms, barriers to international cooperation continue.