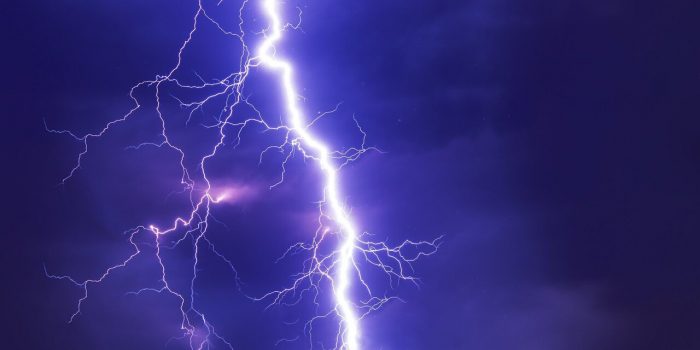 It had been unclear until now why a lightning bolt comes in a zig-zag and how is it connected to the thundercloud.

A University of South Australia physicist just published a phenomenal paper that provides the answers to both of these natural enigmas.

According to Dr. John Lowke, former CSIRO scientist and now UniSA Adjunct Research Professor, lightning has been a puzzling subject even to the best scientific minds.

The way to protect buildings from lightning strikes has remained the same for hundreds of years. It is vital to understand how lightning works so that buildings, airplanes, skyscrapers, and people can be protected more effectively and efficiently.

The lightning rod was invented by Benjamin Franklin in 1752 and it is still installed on structures. However, the “uncertain factor is how many are needed on each structure,” Lowke said in a statement.

“There are a few textbooks on lightning, but none have explained how the zig-zags (called steps) form, why the electrically conducting column connecting the steps with the cloud remains dark, and how lightning can travel over kilometers,” Lowke said.

Lowke figured that singlet-delta metastable oxygen molecules were the answer to the mystery.

The results are published in the Journal of Physics D: Applied Physics.

When electrons attach themselves to neutral oxygen molecules, the conducting column connecting the step to the cloud remains dark. After this, the electrons immediately detach themselves by singlet delta molecules.

“Improving lightning protection is so important now due to more extreme weather events from climate change. Also, while the development of environmentally-friendly composite materials in aircraft is improving fuel efficiency, these materials significantly increase the risk of damage from lightning, so we need to look at additional protection measures,” said Lowke.

“The more we know about how lightning occurs, the better informed we will be in designing our built environment,” he added.