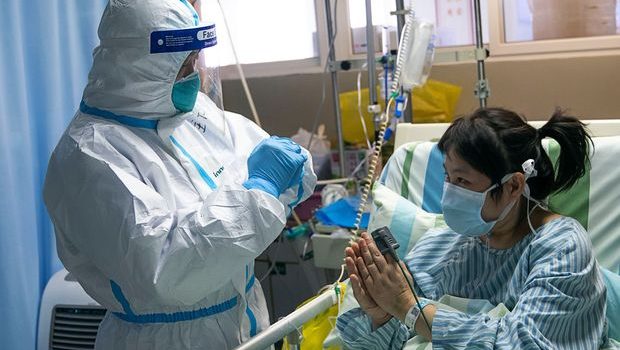 More than 4000 patients have been struck with Coronavirus up till now. While most of the cases belong to China, the disease has spread its root over other counties as well. According to the statistics, five cases have been reported in the US, and the same number in Australia, France has got three patients, two in California and recently, one has been confirmed in Canada on Saturday. Unluckily, those who have recently traveled to China, are at a greater probability to be caught by the deadly virus.

Hitting on to what this virus actually is. A spiked ring-shaped species belonging to the family Coronaviridae is the parent of the epidemic. The dangerous aspect is that the creature has a strand of RNA in its envelope, and it has to stick inside the living cell to be able to reproduce. The virus then disturbs the functionality of human mechanisms. The spikes assist them in the grip. Furthermore, the virus makes the cell act like a factory, reproducing and spreading the germ.

The home to this virus is usually livestock or pets like bats. And the symptoms a suffering person gets include fever, many respiratory tract issues, and pneumonia-like symptoms. Talking about the shoulders to put the blame on, the origin was marked in the Huanan Seafood Wholesale Market in Wuhan, a city of China. As the news spread, the market was shut on Jan 1. Quoting Raina Maclntyre, head of the biosecurity research program at the University of New South Wales, Kirby Institute, “Testing of animals in the Wuhan area, including sampling from the markets, will provide more information,”

As far the spread of the virus is concerned, initially, it was a result of animal-to-human interaction. But then, the hostel staff and medical authorities coming into contact to the patients were the first ones to catch the disease. Those, who traveled before the diagnosis of the virus, were responsible to take it to other areas. To overcome the risk of medical officials getting the virus, recently the U.S has used robots as the first point of contact in hospitals.

Scientists, doctors, data analysts, and researchers are working hand in hand to fight the virus and get maximum information about it before it becomes uncontrollable. A dashboard shows all the people who have been affected by the disease whether they are still suffering or couldn’t survive the virus. You can check it out here.

Officials all around the globe are keeping themselves updated with the news via the dashboard. The first case was reported to the World Health Organization on Dec 31, and fingers crossed to see how many fall into its umbrella!