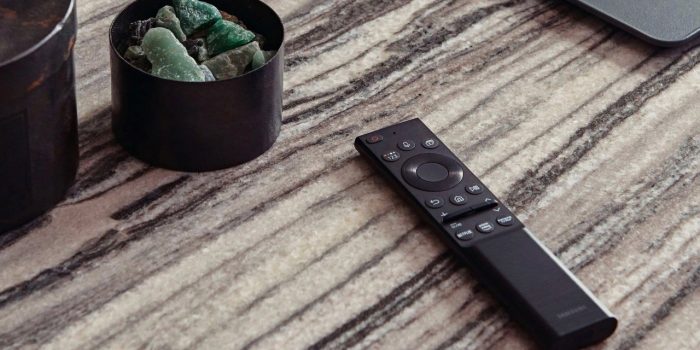 At the Consumer Electronics Show (CES) 2022, Samsung will unveil its latest energy innovation: a  TV remote control that generates electricity by harvesting energy from radio frequency signals provided by household Wi-Fi routers. The concept is based on Samsung’s declared goal of developing ecologically friendly consumer goods.

Samsung debuted the Eco Remote at CES last year, a TV remote powered by ambient light, sunlight, or a USB wire. Every seven years, about 99 million AAA batteries are discarded, with the majority of these ending up in landfills, producing hazardous substances. So Samsung began putting rechargeable batteries into its tiny gadgets and providing mechanisms for them to be swiftly recharged. For instance, a regular phone charger could be utilized.

However, the new Samsung remote may be charged in various ways. It gets energy from artificial room light, sunlight, a USB connection, and even Wi-Fi network radio frequency waves. In addition, recharging your remote control device is now easier than ever because every home today has a router that allows Wi-Fi access to various home gadgets.

Furthermore, Samsung has launched a new white color option for its Eco Remote. The Eco Remote’s prior version was only available in black. The new white version is intended to complement the company’s “lifestyle” television sets.

In the last several years, Samsung has kept its customers informed about its attempts to develop new technology to eliminate non-rechargeable batteries. Harnessing the kinetic energy generated by the movement of a TV remote in a user’s hands is one idea they’ve been exploring.

In addition, the company has also explored capturing some of the energy generated as sound waves by humans speaking into their remote controls as part of voice instructions. Such proposals have so far been purely theoretical, but given the success of the Eco Remote, it’s feasible that more of this technology may be implemented in the future.