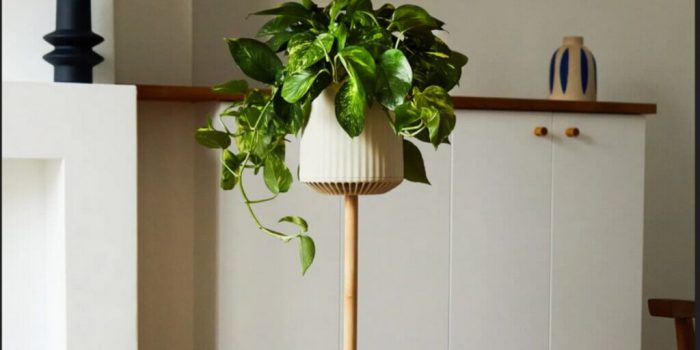 Many of us already have at least plants either inside or outside our home, and if not then we’ve all heard why it is actually a good idea to keep them. Other than providing an aesthetically pleasing and giving natural look to your home, the main reason is that plants have been found to have air-purifying properties and that they can help to remove pollutants from the air

Now, created by Neoplants, a Paris-based biotech startup, the Neo P1 is a genetically engineered type of pothos, a plant that is already known to be good at removing volatile organic compounds (VOCs) from the air. It’s reportedly equivalent to up to 30 regular houseplants in terms of air purification. The Neo P1 is also one of the easiest plants to keep too as it only needs to be watered twice a month.

This special plant has been bioengineered to capture large amounts of four of the most toxic VOCs, namely formaldehyde, benzene, toluene, and xylene. These particular pollutants have been linked to cancers, COPD, and heart disease according to data from the World Health Organization.  Genes added to its DNA cause it to produce enzymes that convert those compounds into harmless substances that are used by the plant. The pollutants are recycled into building blocks to help them grow – including sugar, water, oxygen, carbon, and amino acids.

Thanks to its special soil which contains Biochar – ‘it helps the plant grow, provides niches for our microbiome to flourish and is a way to store CO2 out of the atmosphere’.

It is the result of cutting-edge metabolism engineering and the directed evolution of high potential microbiome on a popular houseplant called Epipremnum aureum, also known as Golden Pothos. Neo P1 is up to 30 times more powerful than the most depolluting regular houseplants out there.

The Neo P1 definitely comes with a price though which is US$179 a piece which includes three Power Drops – the cost of “refill” drops has yet to be determined.