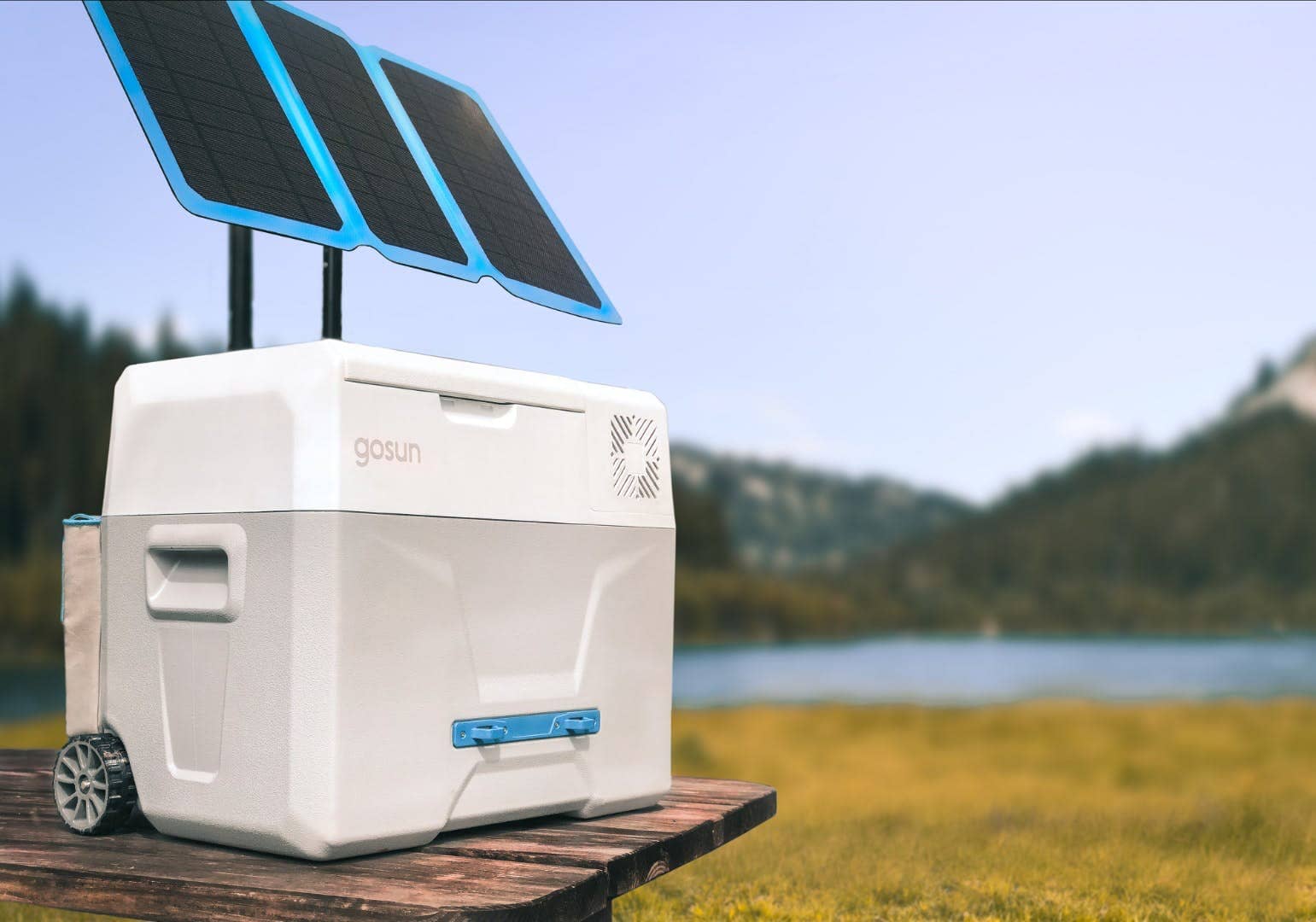 Say Hello to GoSun Chill; a portable cooler that makes use of a 144-Wh power-bank (detachable) for refrigeration instead of requiring the use of ice. GoSun has also incorporated solar panels with GoSun Chill for keeping the power bank charged and for keeping the cooler running on even the hottest of days.

The GoSun Chill is currently raising funds via a crowdfunding campaign. It has been undergoing development ever since 2016 when the early prototyping began. It has had quite a lot of time to straighten out any bugs and to incorporate certain features that were not a part of the design back in 2016. It features storage pouches on its side, terrain-worthy wheels, tie-down straps and cleats, and a bottle opener.

However, it must be noted that GoSun Chill doesn’t have built-in solar panels rather GoSun offers a choice of solar gatherers; GoSun Solar Table or GoSun Flex. GoSun Solar Table offers 60-watt whereas the GoSun Flex offers 30-watt. This may seem odd, but the decision was made for the sake of design flexibility. GoSun Chill can also be powered via the power bank or the standard outlet or even the 12V car port!

The featured power bank is not an ordinary power bank. It weighs in at 0.9kg and offers 15-amp. It can run the cooler for a full day or completely charge 10 smartphones using its three USB ports. It also has a 200-lumen torch. The temperature settings on the GoSun Chill that range from -20 degrees Celsius to 20 degrees Celsius affect the charge-life of power bank, but according to GoSun, it can offer 14 hours at 12 degrees Celsius on a relatively warm day during Summer.

We all know that space is always an issue with coolers and that is the reason why the company opted for a solar-powered version because this way it could ditch the use of ice. This has allowed GoSun to offer double the space of an average cooler that is dependent on ice. GoSun has raised $220,000 in terms of pledges on Indiegogo for a campaign that had a goal of $12,000.

The pledges for the GoSun Chill begin at $489, and the package will include the cooler and the power bank. You can also secure the Flex Solar panel if you pledge $549. If all goes well, delivery is slated for August this year.