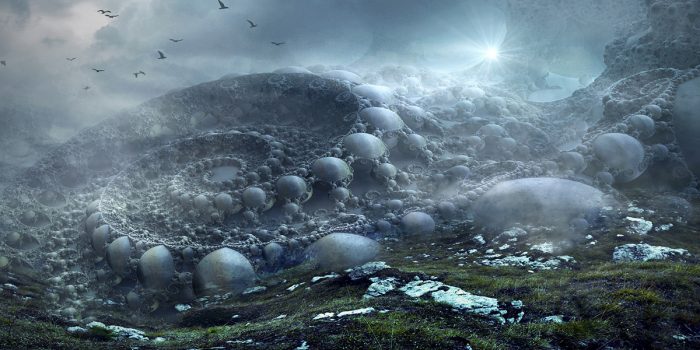 If we were in a hyper-realistic simulation, à la The Matrix, would it be possible to find out? A team of physicists believes so, and they are trying to fund their experiment with a Kickstarter campaign to find out. The big questions are whether it’s even possible to test this, how, and what the consequences of finding out are.

Simulation theory, in its most basic form, goes like this: if humans (or another species; for cuteness, feel free to imagine it’s puppies) continue to advance for hundreds, thousands, or even millions of years, it’s a pretty safe bet that we will have a lot of computational power at our finger or paw tips. If we were to expand out into the galaxy (or even further), we may harness the power of stars or possibly even black holes.

A physiatrist from the University of Portsmouth, England, named Melvin Vopson laid out the theory behind his simulation test in an essay for the Conversation, in which he builds on the idea that a “simulated universe would contain a lot of information bits everywhere” and that those bits would “represent the code.” “Hence,” Vopson wrote, “detecting these information bits will prove the simulation hypothesis.”

As per Vopson’s M/E/I theory, information could be considered a fifth form of matter in the universe after solids, liquids, gases, and plasmas. The ensuing experiment makes a beautiful, albeit kind of complicated, sort of sense.

“The experiment involves erasing the information contained inside elementary particles by letting them and their antiparticles annihilate in a flash of energy,” the physicist wrote, “emitting “photons,” or light particles.” In English, Vopson is looking to demonstrate that information bits exist by introducing the particles that contain them to their opposites, making them explode, and emitting giveaway photons.

There’s a lot going on here, and thus far, the campaign has only raised about $1,000 of its roughly $219,000 goal. Nevertheless, it’s exciting that someone is finally going to put the “alien simulation” theory to the test—though there’s no telling what will come of it.