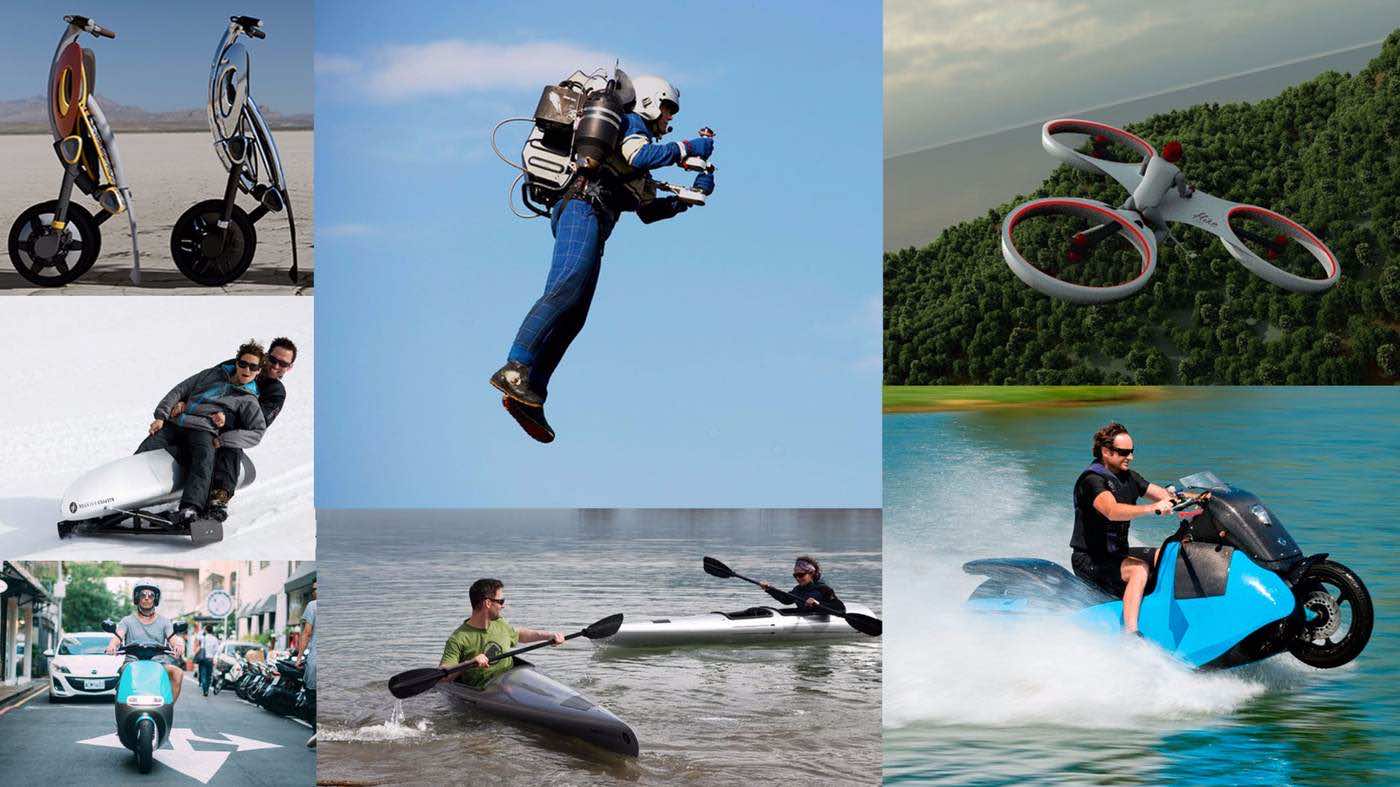 The idea of personal vehicle has taken quite a flight literally in 2015. We have seen a number of promising contraptions and here’s a list of 8 such commuting options that we believe are the right fit for us to enter 2016 with. All of these have been created owing to the advances in technology and by thinking out of the box. Check out the list and let us know what you think of it. What if you could carry your vehicle in bag just like your laptop? Think of an aluminum pad that isn’t too big when compared to your laptop and can be used to travel at 10km/h when you have a stretch of smooth concrete. It comes with a built-in battery and imparts a very small footprint. It features four small wheels and is highly portable. The vehicle is known as WalkCar and comes from Japan’s Cocoa Motors.

Say hello to the lightest skateboard, electrical, that you can get your hands on. Different manufacturers have been focusing on different aspects when it comes to electric skateboards but the most crucial factor remains to be the weight. This particular electric skateboard, Stary, weighs 3.9kg and can cover a distance of 16km on single charge while achieving speeds of 30km/h. It features a total of 30 sensors and imparts quite a control to the user via its smartphone app. It is not charged via wall outlet, but stays on the move thanks to a network of battery exchange kiosks that have been strategically placed around the urban centers. It has been trialed successfully in Taiwan and has already made its way to Europe. The INU Scooter is a compelling choice when it comes to electric two-wheelers that relies on a smartphone-controlled folding system that is responsible for packing the vehicle down into a golf-buggy like form that is transport-friendly within 4.5 seconds. It has a range of 40km and a top speed of 25 km/h.

4. All kinds of adventure squeezed into a single backpack Feeling adventurous? The Klepper Backyak can be slung over the shoulder and when needed, can be converted into a sailboat, snow sled and kayak or floating sun deck! Talk about being versatile.

3. A motorcycle you can ride straight into a lake and out again This is what happens when you cross a 55hp motorcycle and small Jet Ski. This is Biski, manufactured by serial amphibious vehicle maker Alan Gibbs can reach speeds of 129km/h on land and if you find yourself on a shore, switch to amphibious within 5 seconds to travel across the water at speeds of up to 60km/h. Aviator David Mayman created the JB-9 jetpack that consumes a gallon of fuel per minute to allow for a flight time of more than 10 minutes. He hasn’t started selling it though and says, “I’d wanna feel like we have an infrastructure to train them. We could technically just send them the unit in a box and say ‘good luck’ but it’s not necessarily going to end well if you’re doing 200 km/h (124 mph), 5 feet (1.5 m) off the ground, you know? It could be a monster. But we’re working on it. We’ll get there.” This one comes from a team of Hungarian researchers that are working on Flike tricopter that has been designed to allow for a 15-20 minutes of hover flight or 30-40 minutes of cruise flight. The team is working on a second prototype as of now with their ultimate goal being a commercial model.