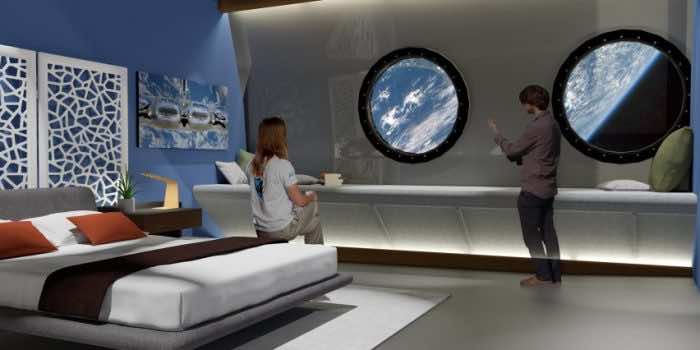 It has become a matter of the past now when the first person stepped on space and ever since, people have been sending voyages to the outer space. Multiple people have gone and come back from there now. There have been developments in reaching mars, moon, and the space, in general. Astronauts are even living in the outer space and experiencing the differences in the phenomenon of life out there and on the earth. A recent innovation has the potential of setting up a hotel on the space. It sounds impractical but the Orbital Assembly Corporation has proven prototypes to support their ambition of running a hospitality business in space.

This company is led by former scientists of NASA. Their main aim is to create ways of initiating tourism in space. They have developed a robot that engineers metal structures to be set in the space in form of hotels for people. These structures will orbit as well and have the tendency to experience the same gravity as the moon.

The plan is to send semi-automated robots in the space which can be controlled to set up the infrastructure of luxury hotels in the space. It will have the capacity to hold 400 guests simultaneously and the plan is supposed to be executed by 2027 which is not very far from now. Their first deadline for delivering the prototype is in 2023 and they claim to be prepared for the launch.

The robot is named DSTAR, Demonstrator Structural Truss Assembly Robot and there is going to be another robot following DSTAR, called PSTAR which stands for Prototype Structural Truss Assembly Robot. PSTAR will stay at a level lower than that of DSTAR. This project has put the basis of optimism in utilizing space as a vacationing spot for people. If it happens, it is going to be ultra-expensive and exclusive. However, it is still uncertain in terms of practicality.