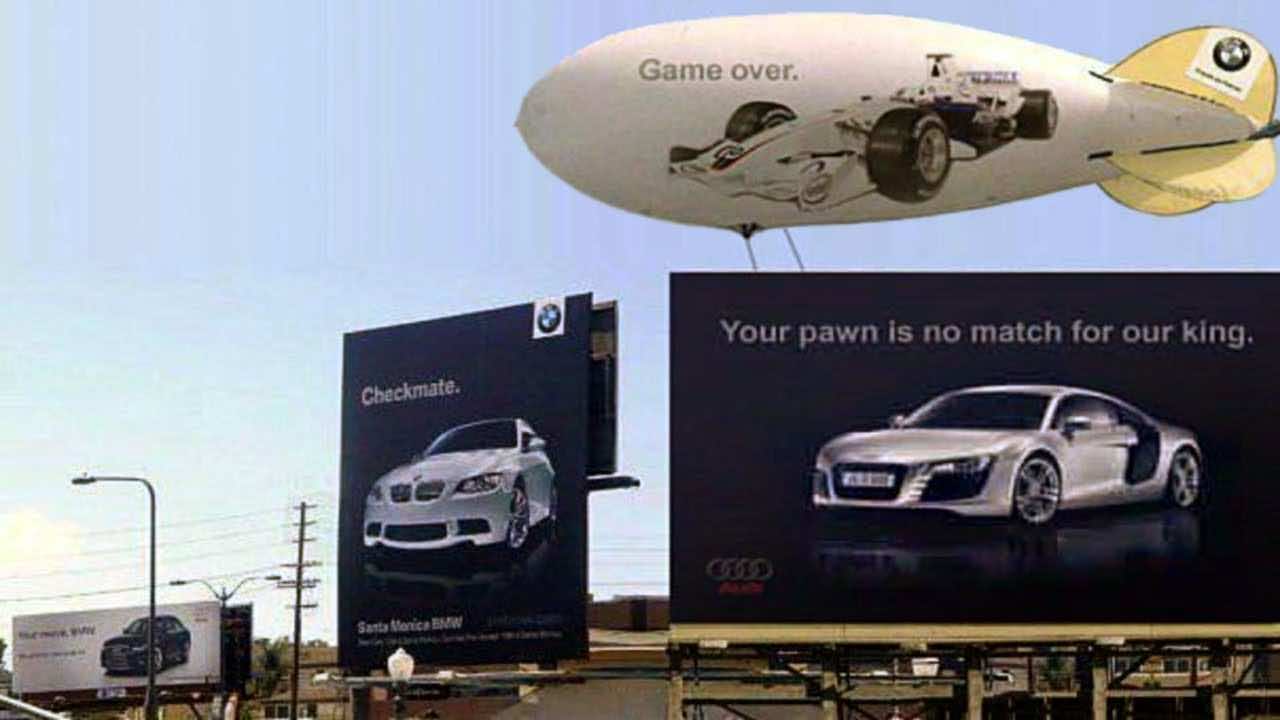 BMW and Audi are two of the leading German car manufacturers in the world and their BMW vs Audi Billboard Ad War is a trend. They are known for their rivalry in technology and ads, however, their rivalry has escalated to a new level.

It all started with a billboard in Los Angeles, CA.

In a few days, Audi replaced the billboard with a new billboard which challenged BMW. A bold move by Audi and BMW accepted.

As expected, BMW did respond by buying a billboard just across the street.

Audi turned to its Facebook fans and the fans came up with some clever photo-shopped replies .

BMW fans also responded with a Photo-shopped replies. One submission is shown below.

Finally Audi replied back and put up this billboard.

Later BMW moved it’s billboard to some other place and the billboard ad war came to an end. The BMW vs Audi Billboard Ad War is just one of the product competition out there.