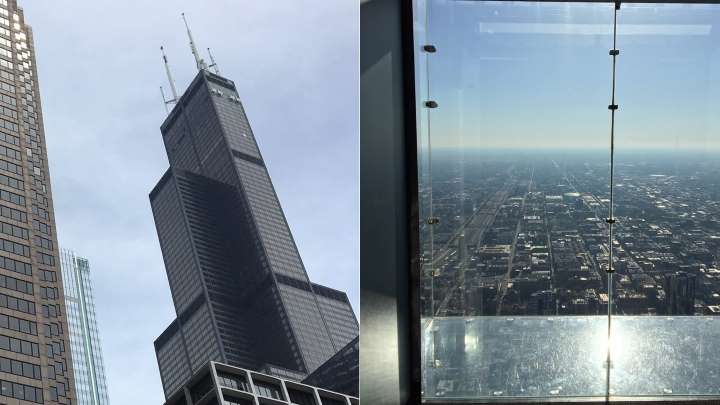 Jesus Pintado residing in Chicago-area was able to capture the moment when the protective layer on SkyDeck gave away on video. Pintado said, ‘There was a woman with two kids, and they looked really pale and scared because the floor just cracked.’

The glass sightseeing box protrudes from the 103rd floor of Willis Tower that is located in Chicago. The amazing attraction is able to bring in about 1.5 million visitors every year. The ledge has been designed to withstand a load of up to five tons. The featured protective coating has been added to make sure that the ledge doesn’t get scratched.

This is not the first time that the protective layer has cracked. In fact, it has cracked once before in May 2014 as well. Back in 2014, tourist Alejandro Garibay had said that he saw lines forming in the glass and quickly moved away from the ledge. There was no immediate danger back then as well as is the case right now.

The protective layer cracking up doesn’t imply that the glass is going to break. It simply means that the protective layer that has been installed in place to protect the glass from taking any scratches has broken up. However, we do understand the panic it might have caused to those who were at the attraction. As per the video by Pintado, it was a woman along with her two kids on the ledge at the moment. Once they do get over their fear, it would be a story to tell over family dinners!