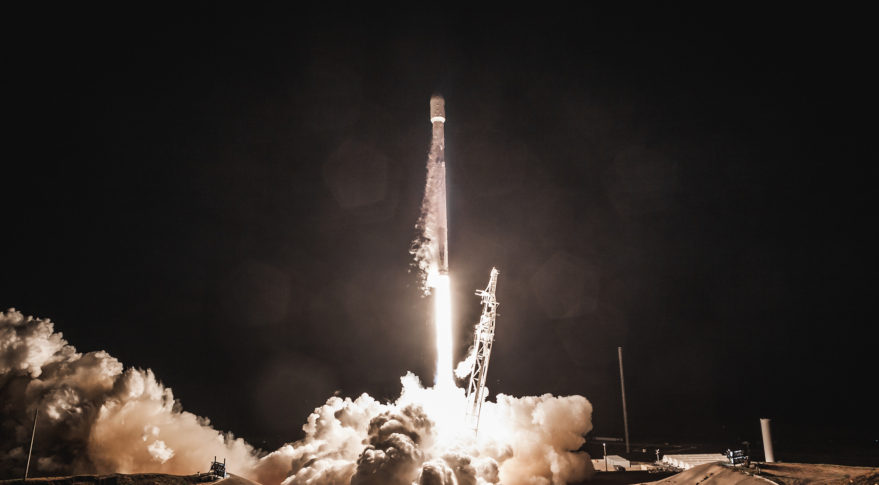 SpaceX completed a static test firing of its Falcon 9 rocket as part of the preparation of this launch. The launch will be taking place at Cape Canaveral in Florida. During the launch, SpaceX is set to make history by reusing its payload fairing. However, that is not where it stops; it will also be attempting to make its Falcon 9 first stage fly for the fourth time.

The current stage of Falcon 9 commenced this year in July when the company was conducting its Iridium 7 mission. It was also used back in October 2018 during the SAOCOM 1-A mission, and in February 2018 as well on its Nusantara Satu and Beresheet spacecraft. The payload fairing that the rocket is slated to reuse was also part of the SpaceX’s Arabsat-6A mission that was launched in April 2019. Both halves of the payload fairing were retrieved upon their landing on Earth.

The fairings have been reworked and refurbished since then and are now ready to take part in the Starlink mission. The Starlink Internet mission kicked off this year in May. During the first phase, a total of 60 experimental satellites were sent into the low orbit. SpaceX founder, Elon Musk, had said that the company’s goal is to commence its Internet providing services all over the world by as early as mid-2020.

A lot of hopes of the company are tied to this launch that was supposed to take place in October. The company has not stated any reasons for the delay, but things appear to be looking good for the launch that is slated for November 11. The launch will commence at 9:51 AM EST on Monday and will last for about 11 minutes.