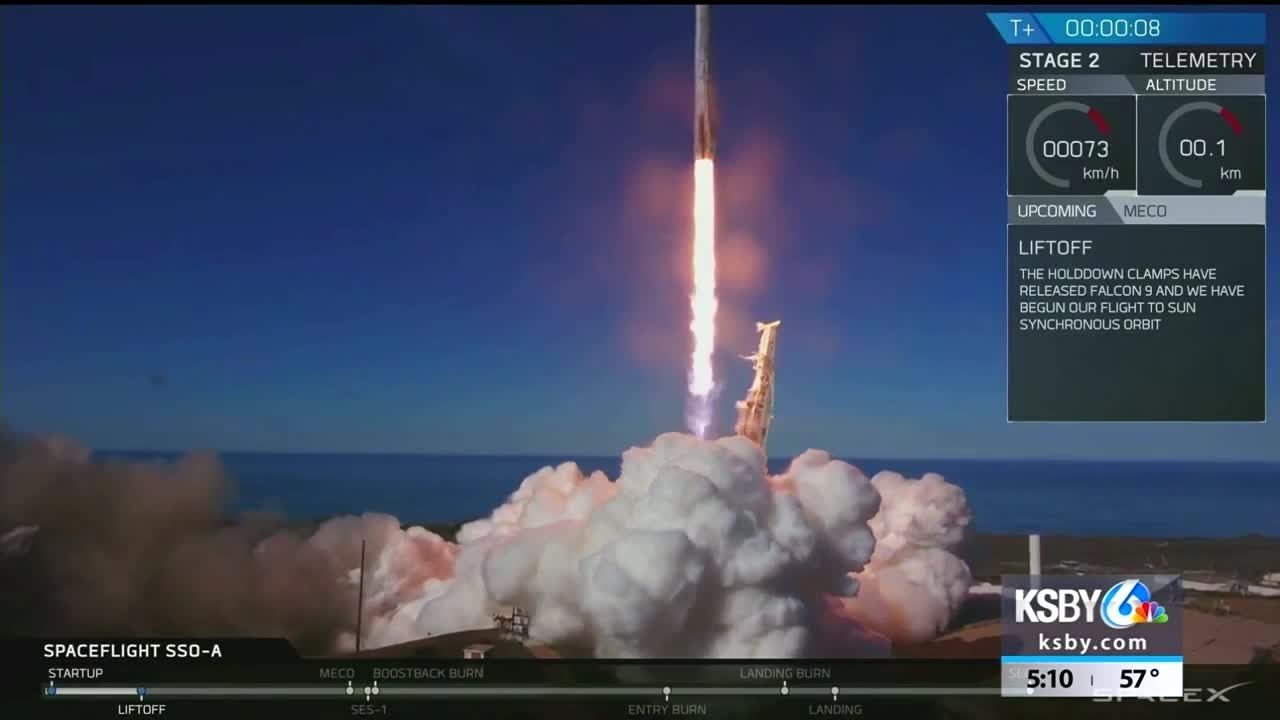 SpaceX has made another history today by sending a considerable number of satellites into the orbit via its most-used rockets. The launch has marked the 19th successful launch of 2018. Last year, the total number of launches was 18. CEO of SpaceX, Elon Musk, decided to use a rocket booster which was used twice before. This decision made the rocket the first one to be sent into space for the third time. The SSO-A mission was launched from Vandenberg Air Force Base in California between 1:32 pm and 2 pm EST. The successful launch has marked the date and put it in the record as the largest ride-share mission in US history.

SpaceX’s customer for this mission, Spaceflight, is also a reason for the successful launch. The company worked on developing a relationship between small satellite companies and launch providers for many years. The company was also called ‘Uber service’ for space and wanted to connect the small satellite companies with the large payloads able to take them in the space. Curt Blake, president Spaceflight said in an interview, “We started just selling the excess capacity on whatever launches were out there. Then, we said, ‘Wow demand is so big, we should just buy a whole rocket ourselves.’ That’s how this mission came to be.”

The satellites which were launched today were from 34 different companies from 17 countries. The CubeSat units formed 49 of the small satellites. All these small satellites were being sent to carry out various tasks in space. Officials from Spaceflight said in a statement, “Among the spacecraft onboard, 23 are from universities, 19 are imaging satellites, 23 are technology demonstrations, two are art exhibits, and one is from a high school.” All the launched satellites have a variety of tasks to do from tracking airplanes and ships to experimental astrobiology satellites which are built by school students.

In a press statement, SpaceX said, “Spaceflight also constructed a unique payload stack, which is one of the most complex and intricate endeavors that Spaceflight has undertaken. The smallsats will be integrated with a variety of dispensers and avionics to an upper free flyer and lower free flyer.” Tweets from Elon Musk revealed that Falcon’s fairing halves missed the safety net during landing and landed in water instead. He said, “Plan is to dry them out & launch again. Nothing wrong with a little swim.”