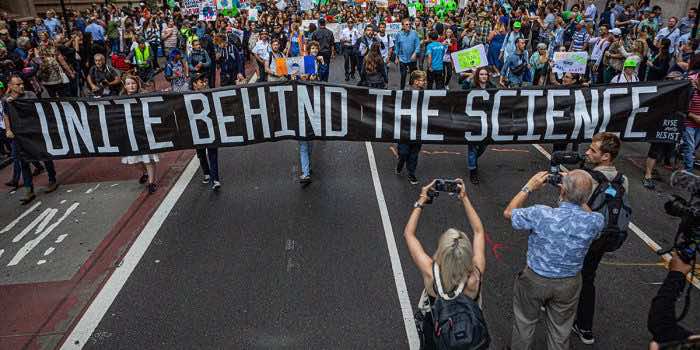 Imagine that you are a scientist. You have sounded the alarm bells for almost a decade now that we are steering our home to destruction, but people around you refuse to listen. Imagine knowing that all this is going to end because of our ignorance and not being able to do anything.

Well, this is precisely what is happening with scientists around the globe. So now, instead of warning the human race just by words and seminars, they are planning innovative ways. For instance, a mass walkout!

“We’ve had 26 Conference of the Parties meetings, for heaven’s sake,” Bruce C. Glavovic, a researcher at the University of New Zealand, stated.

“I mean, seriously, what difference is that going to make?”

Glavovic and two colleagues presented a paper in the journal Climate and Development last year encouraging climatologists to put their research on hold till the world takes serious steps to prevent climate change. According to the paper, a protest may aid in the renegotiation of “the broken science-society contract.” throughout the world.

The suggestion was widely panned by scientists. One UN climate specialist described this approach as a “supernova of stupid.”

Amid the pile of scientific data, climate summits, and environmental assessments, world leaders are unwilling to execute the fundamental policy change required to avert climate calamity.