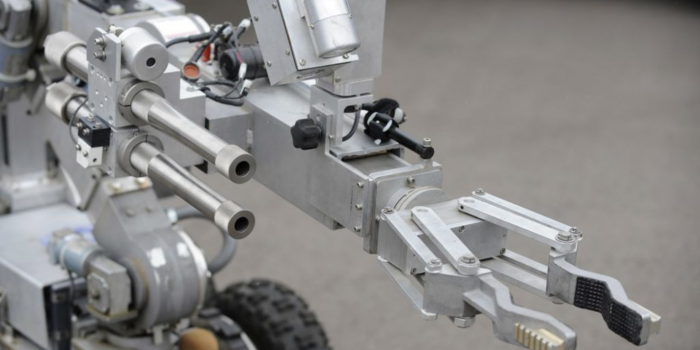 Earlier, police were increasing the involvement of robot dogs in the force which invited a backlash. Now, forces in San Francisco have paused their scheme to stop robodogs from killing people after there was a vote.

Last week, the San Francisco Board of Supervisors voted in favor of approving a policy that allows police to use robots with lethal force “when the risk of loss of life to members of the public or officers is imminent and officers cannot subdue the threat after using alternative force options or de-escalation tactics”.

The vote was the first of two, with the second taking place on Tuesday. The proposal faced a lot of opposition from various groups including the civil liberty group Stop Killer Robots, who called it a “slippery slope” that would distance human operators from killings.

Police were also seeking power to use robots to “incapacitate, or disorient violent, armed, or dangerous suspects who pose a risk of loss of life”

“If we ever have to exercise that option, it either means lives, innocent lives, have already been lost, or in the balance,” he added, “and this would be the only option to neutralize that person putting those lives at risk, or the person who has taken those lives.”

The robots themselves would be less Robocop-wielding guns, and more Johnny 5 with a remote bomb strapped to it. Quite interestingly, police in Dallas have already used such a robot to kill a shooting suspect in July 2016.

The second vote led to the legislation being paused and sent for further review by a committee. Now, it will either be changed or entirely removed.