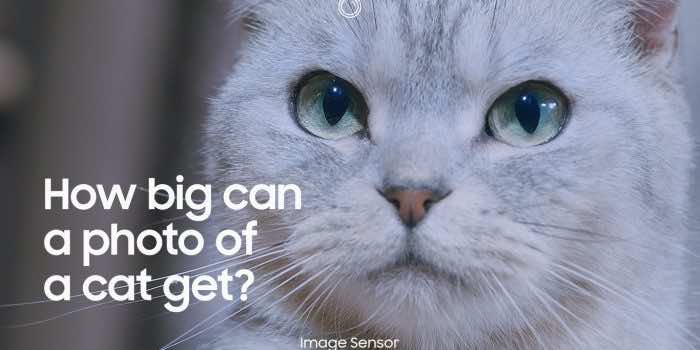 Samsung has drawn the world’s attention to its 200-megapixel Isocell HP1 smartphone camera sensor. It has taken a picture of a cat and printed it at 1.5 times the size of a basketball court.

The Isocell HP1 sensor used to create the image is not yet integrated into a smartphone but it will make its way soon.

However, you’ll need processors that can handle those monster files at speed. You’ll need more buffer, more RAM, and more storage in the phone. You’ll chew more data every time you upload, send, or back up a pic. If you’re uploading it to social media, those services will throw out most of the data and crunch your images down anyway.

Oh, and DXOMARK currently ranks the 12-megapixel camera on the iPhone 13 Pro over the 108-megapixel whopper in the Samsung Galaxy S22 Ultra, because it turns out, massive amounts of extra resolution don’t make much of a difference in the context of modern smartphone photography.

Samsung’s pressing ahead with super-resolution, and the Isocell HP1 seems to be a technical achievement even if it doesn’t provide practical value.