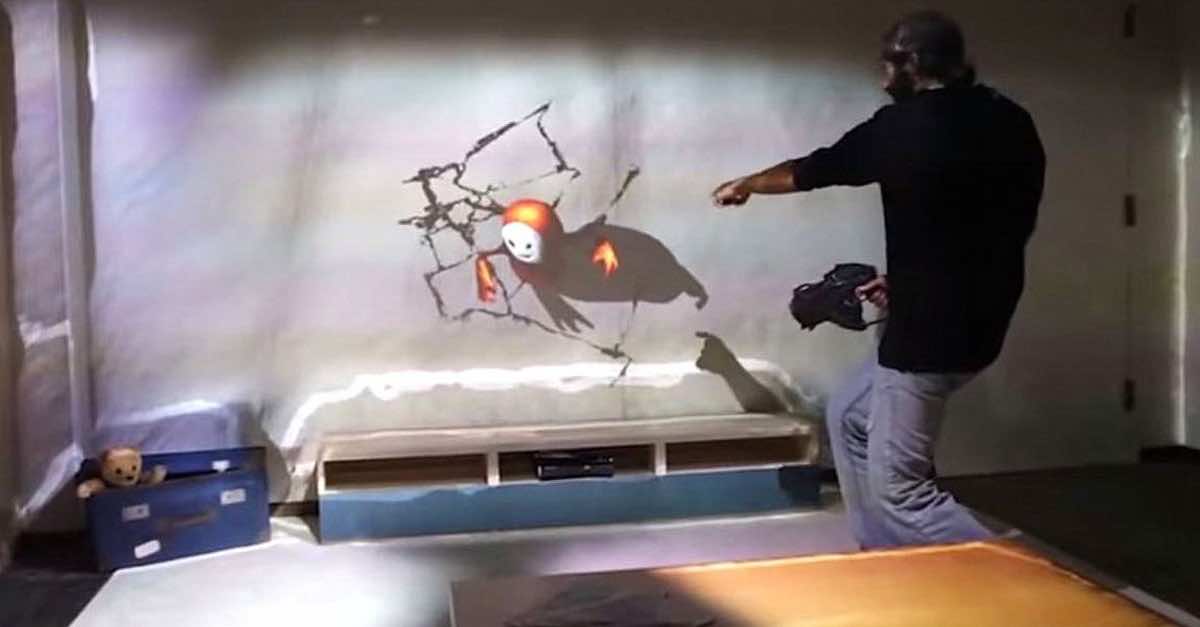 Microsoft has shifted its focus from IllumiRoom (which basically added visuals to the periphery of the TVs), to RoomAlive – an idea that is far more expensive and somewhat less practical when compared with IllumiRoom, however, it is still a look into the potential future of gaming. What is so different about RoomAlive? It imparts a new dimension to gaming by using projection mapping so that video games can be brought to life right in your living room. The idea is simple; instead of playing the game on the screen the user is placed in the game, all thanks to RoomAlive that employs projections of visual elements on walls and surfaces of the living room. Kinect sensors are incorporated to make these projections interactive; you can shoot the person sitting on top of the cupboard. The critical component of RoomAlive is the procam, also known as multiple projector depth-camera units, that are in turn made up of a Kinect sensor, projector and a computer. The projector projects the images onto the surface and walls within the room while the movements through the gaming environment are tracked by the Kinect sensor. RoomAlive makes use of 6 procams. It goes without saying that RoomAlive is capable of working in any kind of room with any kind of furniture present. The team behind RoomAlive has designed 4 different experiences attempting to take advantage of the system in unique ways. They include, Setting The Stage – enabling users to transform the room into different environments, What-A-Mole – enables user to stamp/shoot moles that pop up randomly in your room, Robot Attack – allows you to control a virtual battling robot and Traps – user shall be avoiding traps that spring up on floor and walls. Although the equipment is quite expensive at the moment, we would still commend Microsoft on taking a peak into the future. Hopefully, days of sitting idle and playing on screen shall be over soon.