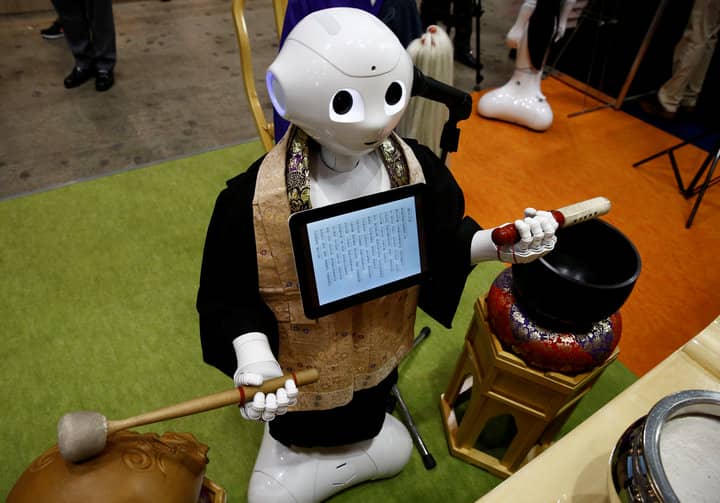 The Japanese company, SoftBank’s humanoid robot, Pepper, has a brand new role. It is now a Buddhist priest for hire at funerals. The robot taps a drum and chants mantras in a computerized voice. It was displayed at a funeral industry fair, The Life-Ending Industry Expo, in Tokyo.

The chanting software for Pepper has been written by an unlisted plastic molding maker Nissei Eco Co. Pepper was originally introduced by SoftBank Group Corp. in 2014. As the Japanese population is aging and shrinking, the Buddhist priests are getting less and less financial support from the communities. This is prompting them to find work outside their temples, said Michio Inamura, Nissei’s executive adviser.

Buddhist priest Tetsugi Matsuo said he came to the expo to see if Pepper could “impart the ‘heart’ aspect to a machine because I believe that the ‘heart’ is the foundation of religion.” The robot is yet to be hired for a funeral but, maybe one day, we might see it performing the funeral rites.

You can see the robot in action in the video.