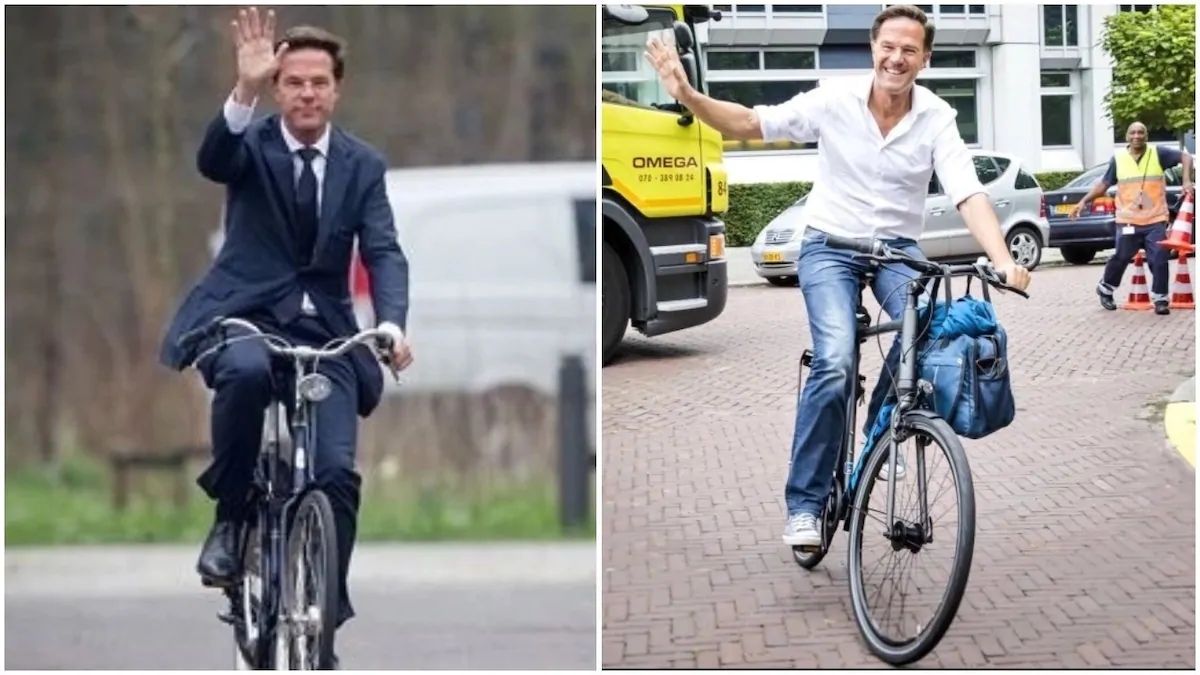 The States-General of the Netherlands is housed in a Gothic castle situated in the heart of The Hague. It has mesmerizing views over the Hofvijver pond, the Binnenhof. It is no big mystery why Dutch Prime Minister Mark Rutte loves commuting to his office there. Quite recently, he has been making the journey using a bike as often as possible.

He said, ‘I didn’t cycle a lot for 10 years. But for the past two years, I’ve had my own bike again, and, when the weather allows, I travel into the office that way.’ The Dutch are already famous for their love of cycling. In 2018, the country had more bicycles as opposed to people. In fact, more than a quarter of all trips in the country are made via bike, and a quarter of those are for commuting to work.

Mark Rutte said while explaining why cycling is such a loved phenomenon, ‘The Dutch love cycling because we are a small country. We have to get from A to B. And of course taking a car, yes, is an option, but you have congestion plus the environmental impact. From the old days, almost from the late 19th century, we’re used to taking a bicycle.’

Furthermore, the country enjoys a flat landscape making it ideal for bicycling. However, that is not all; the transport infrastructure has been quite carefully designed to promote cycling. The country has more than 35,000 kilometers of cycling lanes, and the city of Utrecht is home to the world’s largest underground bike park.

Mark Rutte also said, ‘I was amazed at how many specific biking traffic lights and biking lanes we now have – and so many more than 10 years ago. They’re not only in the city but also in local communities between cities, which makes it very safe and easy, particularly for small children when they go to school.’ The health benefits of cycling are well-known and include a reduction in the risk of illnesses, including diabetes and cardiovascular diseases. It can also improve mental well-being.

A 2015 study had concluded that more than 6,000 deaths in the Netherlands have been prevented each year thanks to cycling and that it adds about six more months to the average life expectancy. This helps the country economy to save more than $20 million per year. Mark Rutte also said, ‘The whole system is nudging people to make use of this very healthy alternative.’