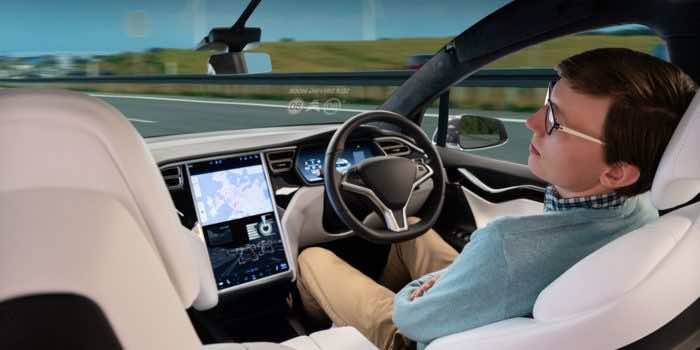 Self-driving cars are in trend now and they are considered by many to be the safest way to travel on the road as compared to the traditional cars being driven by their drivers. Automatic driving technology is expected to reduce road accidents by 88%. It would be huge if this happened because then there would be almost no more road accidents. The Department of Transportation in the UK has recently made some changes to their laws on highway transportation which say that if there is any collision of self-driving cars, then the drivers will not be responsible for this. Instead, the responsibility flows toward the insurance companies. Also, motorists can now watch television programs and films on their wide in-built screens. However, the use of mobile phones is still not acceptable.

Trudy Harrison, the transport minister, stated that changing the Highway Code will be a “significant milestone in our safe introduction of self-driving vehicles,” which she claims will “revolutionize the way we travel, making our future travels greener, safer, and more dependable.” “This fascinating technology is evolving at a rapid rate right here in the United Kingdom, and we’re ensuring we have solid foundations in place for drivers when it comes to our roads,” she said. “By doing so, we can help enhance travel for everyone while also supporting economic growth across the country and securing Britain’s position as a worldwide science superpower.” This technology has also given users an option to get control back of their autonomous vehicle at any stage of the cruise, starting or stopping. It’s a very flexible technology, and users can easily adapt to it without any complexities.

Self-driving technology will be so favorable not only for motorists but also for the general public once it has been implemented widely. This is due to the fact that it can create massive job opportunities for people, about 38,000 new jobs as per the UK, Department of Transportation, thereby increasing the purchasing power of the people, which will then make the economy strong by adding a net worth of about 4.17 billion pounds by the end of the year 2035. This is a gigantic revolution. At present, the authorities are busy developing the proper structure and foundation of this technology with proper safety measures. The project is not yet completed, but it is scheduled to be finalized by the year 2025. Also, it’s not important that the project has been implemented by the authorities, so we can say it’s done and dusted, but, the more important thing is to make people aware of the rules and regulations of this new technology so that they can act accordingly.