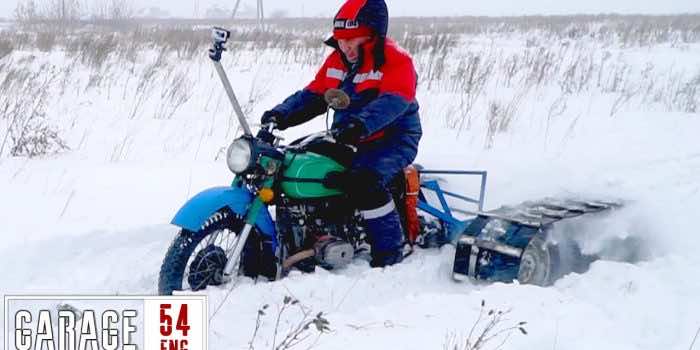 The attention-grabbing projects that Garage 54 mechanics work on have made us all into huge fans.

If converting cars was not enough, they turn to motorcycles in their new video. And not just a single conversion, they took a Ural and transformed it into an ATV of the five-wheeler variety. In their most recent video, they converted that ATV into a snow-mobile.

The process was not that simple and did not go without a hitch. The first complication arose when the rear tires of the vehicle lacked grip in the snow. Tracks made of steel-belted rubber strips were made to overcome this challenge, and tubular steel was used. The problem was still not resolved.

The front tires were unable to steer the rig, and the front wheel had difficulty moving on the tracks. The snowmobile had to go back to the workshop again.

However, now it is working smoothly. Want to know how they made it happen? Watch the video to see a simple ATV transforming into a remarkable snowmobile.