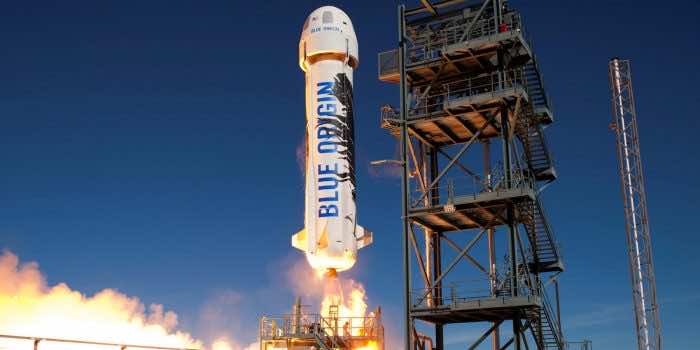 In a recent statement, the world’s second-richest man Jeff Bezos announced that he will be embarking on a space trip that he won’t go alone on. The multi-billionaire announced taking his brother, whom he also referred to as his best friend, on the trip outside of our world.

The spaceship to be used in the short-space trip is developed by Bezos space tourism company, Blue Origin, and will take the two brothers along with a crew of four to experience what space has to offer.

Bezos always had this desire to go on a space trip since he was five years old, and it is inspiring to see how he managed to fulfill his childhood dream, an example for everyone that you can accomplish your dreams if you work for them. And accomplishing a space dream sure is no small feat.

“Ever since I was five years old, I’ve dreamed of traveling to space,” Bezos said. “On July 20th, I will take that journey with my brother. The greatest adventure, with my best friend.”

Extensive tests of the space capsule have been conducted which includes a total of 15 test flights, ensuring that the spaceship doesn’t fail in its mission to fulfill Bezos childhood dream and ensuring of multi-billionaire’s safe travels to space.

The journey will take the two brothers along with the crew of four to a height of 62 miles, an altitude which is internationally considered as the edge of outer space, wherefrom the world’s second-richest man accompanied by his lucky brother Mark will experience weightlessness in absence of gravity.

The fully pressurized crew capsule would detach from its booster at that altitude and would float in the space. The point where the real experience would begin. Once they complete their space journey, both the booster and the capsule would land in West Texas using parachutes, marking Jeff Bezos’s first space journey and the fulfillment of his long-held childhood dream.

One lucky bidder would go along the rich brothers and a crew of four. The space capsule had a vacant seat and Jeff Bezos’s business mind came to play with an idea to list it for auction online. Up until now, the highest bid is $2.8 million and you still have a chance to bid beyond that if you have the money and desire to travel to space.

“You see the earth from space and it changes you,” Bezos said in the announcement video. “It changes your relationship with this planet, with humanity. It’s one Earth. I want to go on this flight because it’s the thing I’ve wanted to do all my life. It’s an adventure. It’s a big deal for me.”