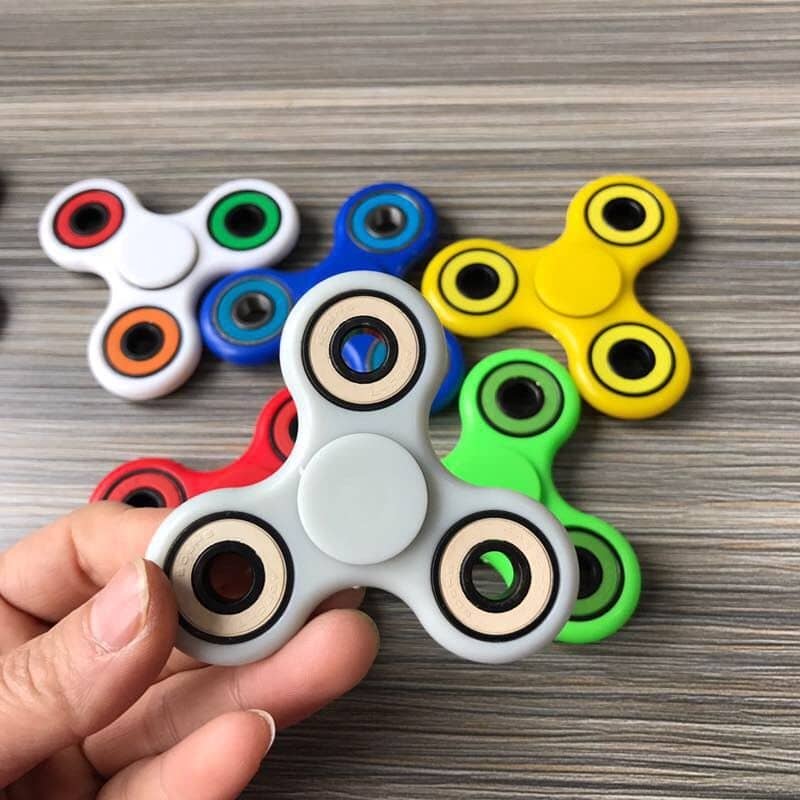 Fidget spinners are not just the new craze, they have been found to be helpful to kids struggling with attention disorders. Some even say they have helped break smartphone addiction. It may help some students, but others just like to enjoy the little gadget spin, and that has become a headache for teachers. The spinners have gone global, and you might imagine that this simple invention could have made its creator super rich.

Catherine Hettinger came up with the gadget 20 years ago that could entertain children. The same device has now become so popular that the manufacturers are having a hard time meeting the demand. The prices vary from a few dollars to a few hundred. While the manufacturers make crazy money over the toy, the inventor is struggling to make both ends meet.

Hettinger is a resident of Winter Park, Florida who held the patent for the finger spinner for over a decade. She had to surrender the patent in 2005 as she had no money to afford the $400 renewal fee (310 GBP).

Hettinger won’t be the first inventor whose invention is known by everyone, but the inventor is not. No matter how great an invention is, the creators don’t necessarily make money from it. “It’s challenging, being an inventor. Only about 3 percent of inventions make any money. I’ve watched other inventors mortgage their houses and lose a lot. You take roommates, you get help from friends and family. It is hard,” she commented. Hoverboard’s inventor Shane Chen, or Tim Berners-Lee, who thought his invention should be freely available, stand among the list of such inventors.

Catherine just got her phone line disconnected and is now moving from a tiny home to a much cheaper condo. She does not know if she will get the phone line reconnected or get a functional car. This might make you reconsider the idea of the American dream where a genius invention could turn your life around.

Hettinger did not just sit around and let her idea slip away. She approached the toy giant Hasbro for mass production of spinners, but the company rejected the idea as it failed in consumer testing. That was a year ago, and now Hasbro is mass manufacturing the spinners in great numbers, and Catherine believes this scenario led to its success. Here is what Catherine had to say about it:

“There’s just a lot of circumstances in modern life when you’re boxed in, you’re cramped in, and we need this kind of thing to de-stress. It’s also fun. That’s the thing about culture, once everybody starts doing it, it’s kind of OK.”

The tight financial situation and the popularity of the fidget spinners have not left Catherine in distress. Talking about the situation she said, “Maybe if it was some kind of exploitative product — like a new style of cigarettes — and my only motivation was to make money, I’d have a different attitude. But I am just thrilled.”

If you still have not held one of those spinners in your hand, watch the video below and learn how they work: