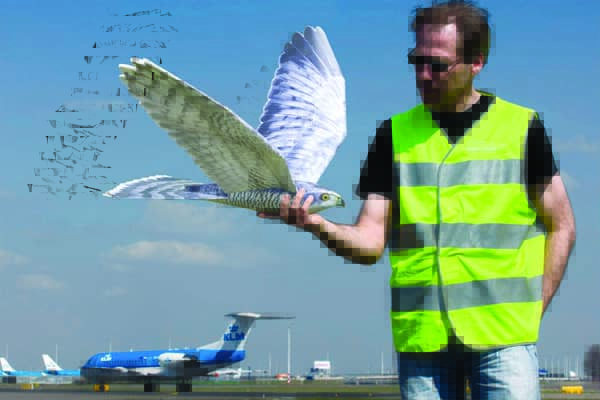 The science of robotics is believed to have started from man’s yearning towards building a replica of himself. Since then, human beings have been working towards building and replicating all sorts of living things they see in their surroundings. Have a look at this list of 6 most amazing robots that are actually inspired by some of the animals around us.

Headed by Kit Parker, a Harvard researcher, a team of scientists has successfully created a fully functional stingray that can mimic the swimming motions of the real fish. It is quite astounding that it is not a robot technically, but rather a cyborg. It was constructed using both artificial and biological components rather than solely relying on electronics equipment.

The stingray is based on a neutrally charged gold skeleton covered by a thin polymer skin. The gold skeleton is one of its kind as it has energy storing properties to provide the downward motion. Over 200,000 cells, called cardiomyocytes, are woven in the skeleton, and these cells are extracted from rats’ hearts. Some of these cells are given photosensitive properties to line them up on the top of the stingray.

This cyborg’s navigation is controlled by changing the frequency of the pulses coming towards it. Light also causes its muscles to contract, supplying the downward motion to the fins. This is significant as it can pave the way for the future version of life-like cyborg animals or even humans.

Although bird enthusiasts might not agree with this, they can sometimes be a pain in the backside. They make too much noise, play shitting games with our windshields as their playgrounds, and are known to spread various diseases. They also are quite a hazard for airliners and other flying machines.

Given these problems presented by the birds, Clear Flight Solutions has devised a robotic bird or “Robird.” It is a life-like model of a bird that has realistic wing movements. It can register the shape of another bird’s silhouette and detect the movement of their wings to determine whether they are predators or not. The concept has been quite a hit, and has shown to reduce bird activity down to 50%!

This life-like robot can be easily mistaken for a sea snake; it is damn good when it comes to its maneuverability and performance. The Eelume underwater robot has been designed to replace the current bulky, slow, and ineffective underwater machines that perform inspections and maintenance on deep sea rigs. The robot has cables for sending signals and power, but Kongsberg Maritime, its manufacturer, is working hard to make it completely independent of any wiring.

Sick of all your household chores? Can’t find someone to fetch you a drink without hearing their nagging? Well, SpotMini, a Giraffe-looking robot, might be the fix that you desire!

Boston Dynamics, a Google acquired company based in the US, is well known for their incredibly dynamic and stable robots; this is just one more in the long list of their hall of fame. This time they have created a household companion that looks like a dog-sized robot giraffe. It is called giraffe because it has a head-arm combo attached to its face, and it is extremely versatile and capable of performing a variety of tasks. This unit can grasp objects and bring them over to you.

The robot can run independently for an hour and a half on a single charge. Just like many other Boston Dynamics’ robots, it can easily navigate household environment while maintaining the dynamic stability.

RoboBees have been devised due to an unfortunate phenomenon called Colony Collapse Disorder. For unknown reasons, bee population has seen drastic reductions in the past years. Hence, since June 2014, Harvard researchers have been studying several ways to solve this issue using some advanced technology. So they came up with tiny robot bees that are designed to carry out the crop pollination that is usually done by the bees themselves. The actual robot is still in the pipeline, but the concept has been demonstrated to be workable. A swarm of robot bees will be able to communicate with each other and work as a team, just like the real bees. If materialized, this concept can help the agriculture industry to fight back from the loss of billions of dollars due to the lack of bees.

There was a time when the world awed and gasped at the sight of a walking robot. However, the technology has made tremendous leaps, and now this bionic kangaroo is able to take great leaps using tendons in its legs that act like springs. It can even recover some energy after it has landed, and then recycles it for the next jump. The current kangaroo shaped prototype can be easily controlled using gestures sent via a commercial sensor-laden armband that is usually used to control drones.

Have any other cool animal-like robots that you think we should cover? Let us know in the comments below!