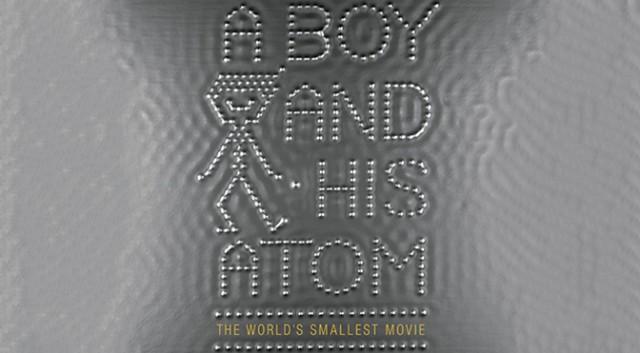 Let’s say you were part of the science community and felt that maybe common people are not as much interested in science as they ought to be. What could you do? Have conferences planned? Make Facebook page and try to promote interest in science? Scientists at IBM thought of a much better plan; let’s make it to Guinness Book of World Records. That was the basic idea; getting attention of masses to promote what scientists had been working on. So, after days of tireless work they casted a classy cast of carbon atoms in the world’s smallest stop motion film. Yes, you read that alright, researchers at IBM have managed to create a film with carbon atoms; ‘A boy and his atom’. To make this record and achieve this seemingly impossible task, scientists made use of a Scanning Tunneling Microscope- a proud invention of IBM from three decades ago which is a Nobel Prize winner that made scientists able to ‘see’ single atoms. A research scientist at IBM, Christopher Lutz said the following about this astonishing machine; ‘It weighs two tons, operates at a temperature of negative 268 degrees Celsius [minus 450 degrees Fahrenheit] and magnifies the atomic surface over 100 million times.’ Time for the million dollar question; how did the scientists made this film? Put your science cap on folks! To make this film the team used the famous microscope to drag a sharp needle along a copper surface. The needle was kept a nanometer away from the surface and it was able to pull the atoms into place so that the scientists were able to take still snaps for each movie frame. The film, smallest one, is about a boy who is playing with a single atom, jumping and dancing on a trampoline. The Guinness World Records has certified the movie as the world’s smallest stop-motion movie. Movie makers have claimed that there is much more to their film than meets the eye. This same team has been able to come up with the smallest magnetic bit using only twelve atoms. Atoms are considered to be the smallest raw material available for storing data. According to IBM, a chip the size of a fingernail using this new 12 bit atom technology would be able to store all the movies ever made up till now. IBM researcher, Andreas Heinrich said; ‘As data creation and consumption continue to get bigger, data storage needs to get smaller, all the way down to the atomic level. We’re applying the same techniques used to come up with new computing architectures and alternative ways to store data to making this movie.’ Research Scientist at IBM said, ‘If we make a movie, we can approach a much wider audience. Our interest is in getting people interested in science….We just need to find a way to talk to people about why we do stuff, and what we do.’ What we are witnessing today might just be a common thing in the future; a future that can hold much more  in a much smaller space. Watch the video below and give us your comments!