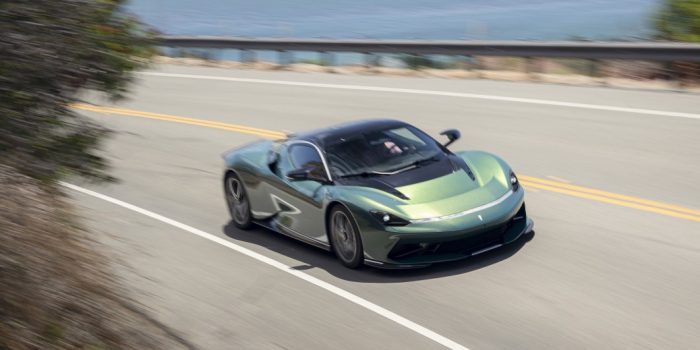 The car industry is going through a period of massive change, and technology is playing a big part in that. We’re seeing new developments in electric and autonomous vehicles, and these are just the beginning. The future of cars is looking very different to the past, and it’s all thanks to technology.

The Effect of Technology on Auto Warranty and Car Protection

In the past, car warranties were purchased through dealerships at the time of purchase or lease. However, with the rise of the internet, consumers are now able to comparison shop for warranty coverage and choose the plan that best meets their needs.

In order to attract and retain customers, warranty providers are now offering more comprehensive coverage and enhancements such as rental car reimbursement and trip interruption coverage.

Some companies are using technology to provide customers with greater flexibility and convenience. For example, some providers now offer mobile apps that allow customers to file claims and track the status of repairs from their smartphones. As the car warranty industry continues to evolve, it is clear that technology will play a significant role in shaping its future.

The car industry is racing ahead with the introduction of new technology that is changing the way cars are made, sold, and driven. Already, many carmakers are experimenting with self-driving cars and even AI-driven autonomous cars.

Automation has also made transportation significantly more efficient by allowing for mass production on an unprecedented scale. The trend is expected to continue as autonomous features become increasingly popular; it’s predicted that in the near future, most of the vehicles produced will include some form of driver assistance technology.

Accompanying these advances, the ways we use cars is also evolving. Ride-hailing services like Uber are rapidly decreasing private ownership and car manufacturers are introducing new flexible leasing schemes to capitalize on this shift.

This change has benefited automakers and consumers alike with increased competition among car makers driving down prices while also improving safety by enforcing stricter road regulations.

The combination of technological advancements and shifts in consumer trends have brought about a revolution in the automotive industry – one which looks set to continue into the distant future.

Electric cars, which were once viewed as a niche product for the wealthy few, are now becoming increasingly popular and more affordable to the general population.

Thanks to advances in technology, battery production costs have fallen drastically over the last decade, making electric vehicles more cost competitive than ever before. Companies like Honda are releasing affordable electric options for SUVs and other vehicle types.

In addition, due to their superior fuel efficiency and lack of harmful exhaust emissions, electric vehicles can help drivers save money on fuel costs and reduce their impact on the environment.

Furthermore, governments around the world are beginning to introduce incentives that make purchasing an electric car more attractive. From tax credits to HOV lane access and other preferential subsidies, these incentives are driving further adoption of electric vehicles and calling attention to the benefits they offer.

While sales of electric cars still have a long way before they catch up with sales of gasoline-fueled models, it’s clear that electrification is playing an increasing role in personal transportation today—and its popularity is only expected to grow in years ahead.

Self-Driving Cars are Being Developed by Major Companies

With companies like Google and Tesla pioneering technological innovations in self-driving cars, the implications for automobile transport are truly groundbreaking.

Self-driving cars have many advantages over traditional vehicles: for instance, they’re capable of detecting objects on the road far better than humans can because of their advanced sensors, cameras and radars.

Additionally, autonomous vehicles are able to respond quickly to any type of situation with a perfectly programmed driving style that allows them to avoid collisions and ensure passenger safety at all times. They’re also significantly more efficient in terms of energy consumption and fuel economy when compared to traditional cars.

But more than anything, self-driving cars will help reduce traffic congestion and pollution by optimizing the route taken by each vehicle so as to minimize traffic snarls.

With new levels of convenience and efficiency being introduced, self-driving cars will revolutionize transportation around the world.

New Materials and Designs are Being Used in Car Manufacturing

The automotive industry is constantly evolving, driven by advances in materials science and design technology. Automakers are increasingly turning to specialized materials like aluminum, magnesium alloy, and carbon fiber composites to make cars that are lighter and more fuel efficient.

These new materials are also more durable and safer in the event of an accident. Meanwhile, automakers continue to leverage technologies such as 3D printing and computer-aided design in order to create cars with improved aerodynamics, better structural integrity, and enhanced performance capabilities.

In addition, automakers are investing heavily in researching new electric vehicle designs as they look towards a future of emission-free vehicles. All these changes illustrate just how rapidly car manufacturing is innovating and advancing — from material science to design technology — thanks to the power of applied innovation in the automotive industry.

Car-sharing services are quickly growing in popularity. Thanks to technological advances, these businesses make it easier than ever for people to find reliable vehicles without the hassle of owning their own.

Services such as Zipcar, Car2Go, and Hertz On Demand provide low-cost alternatives to traditional car rental and ownership services by giving customers access to a fleet of vehicles while eliminating long-term commitments or expensive services fees. Now, consumers can pay only for the time they use a vehicle instead of paying the full cost upfront.

With technology continuing to advance, more and more people now have access to convenient car sharing services that save them time and money—not to mention help make a positive impact on the environment. For those looking for an innovative way to get from point A to B, car sharing is the perfect option.

The Future of The Car Industry is Uncertain, but it is Clear That Technology Will Continue to Play a Major Role

The future of the car industry is a difficult topic to predict but it is clear that technology will have an ongoing and important role to play. We are already seeing developments in terms of artificial intelligence and self-driving vehicles, and there is a trend toward increasing levels of connectivity too.

In addition, cars are becoming increasingly economical and environmental as improvements in battery technology and vehicle design provide drivers with more options for fuel efficient cars. The landscape of the car industry is changing quickly and manufacturers need to be prepared to meet consumer needs.

It’s likely that government regulations and consumer preference will open up opportunities for new innovations – such as those that allow for shared use of electric vehicles between different individuals or companies – which could drastically change how people think about transportation.

As we move into the future, automakers must keep pace with technological advances if they wish to remain competitive. The industry needs to continue investing in research if they want to remain relevant in the coming years.

Ultimately, it’s interesting to speculate on what direction the car industry will take, but one thing is certain: technology will play an integral part in its future success.

The car industry is changing rapidly and it is difficult to predict what the future will hold. However, one thing is certain: technology will continue to play a major role in the car industry.