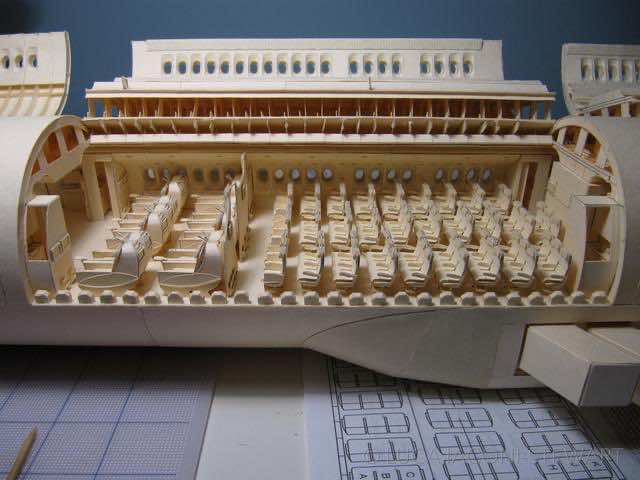 Luca laconi-Stewart may be a college dropout, but he hasn’t wasted his time or his talent during his time out of college. The designer has spent 5 years of his life creating an exact 1:60 scale replica of an Air India 777-300ER airplane. And the amazing part is that he created the model using only manilla folders.

Luca became so consumed with the project that he dropped out of his college classes so he could give more time to the project. The engine, doorways, seats, landing gear, galley and other sections of the plane were so carefully made that they actually work.

Check out the step-by-step photos of the creation of the world’s greatest paper airplane.

The project started with a tracing of a can on paper (to create the cross section of the plane). The next step was to glue the cross-section together The skeleton of the plane The skin of the fuselage A lot of time was spent on gluing and drying All the parts were meticulously and exactly to scale Each seat took 20 minutes to make Many of the parts actually work and are amazingly detailed