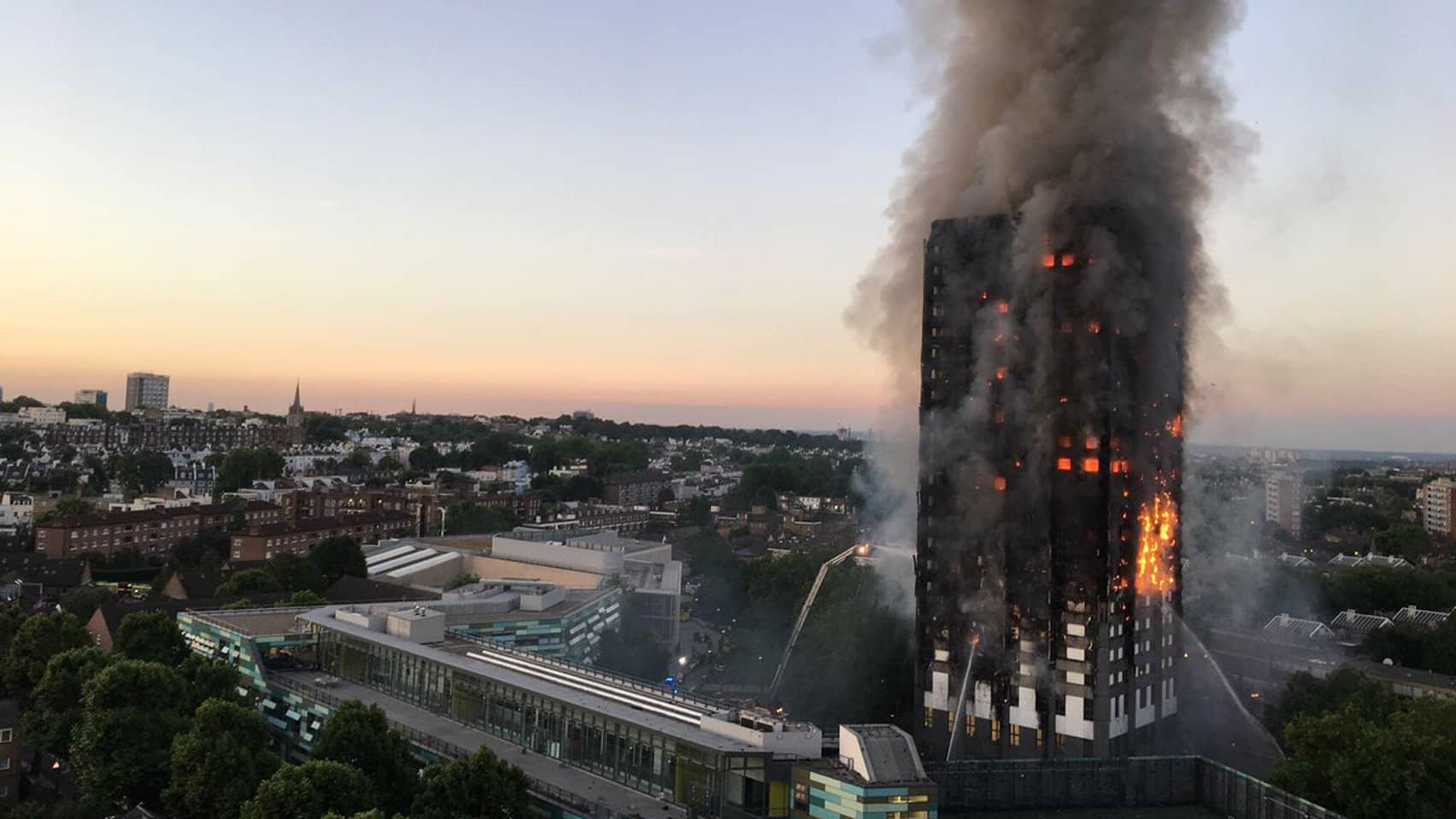 On June 14th, a massive fire got the 24-storey, 220-foot (70 m) high Grenfell Tower in the west of London and the 24 hours of burning that followed left behind lots of damage and many casualties.

The deadliest fire in the Britain in the last 100 years did a lot of damage, but the Grenfell Towers remain standing despite staying ablaze for an entire day.  On the other hand, the World Trade Center Towers in New York in the September 11 attacks caught fire and collapsed in a matter hours. The reason is the different construction of the Grenfell and the WTC Towers, and in the latter case, the structural damage by the impact from the hijacked Boeing aircraft was a major factor.

The Grenfell Towers are designed to meet London’s 1971 building codes, which require increased fire insulation on the reinforced concrete frame. The basic structure of the towers is made with concrete which is a material capable of withstanding an enormous amount of heat before even raising its temperature. Steel, on the other hand, is much more responsive to heat with a much higher thermal conductivity.

A building made of concrete does not immediately respond to heat and keeps the fire confined much longer than a steel building would. When steel is subjected to such amounts of heat, it will begin to lose its strength. The building in such a case may not completely collapse, but it will deform under the heat for sure.