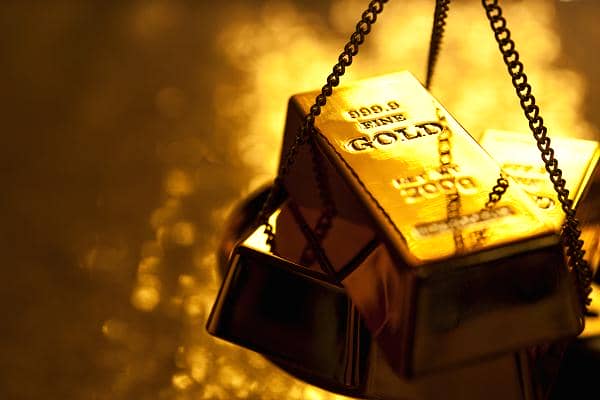 Say gold price is $40 for each gram. You buy gold in a country that is close to the equator, say Nairobi gold exchange where it would cost $40,000 for one kilogram of gold. Let’s assume that no one at the airport raises an eyebrow and the government was not looking at you while you were taking the gold to one of the countries at the pole, say Iceland. The gold will weigh one kilogram plus 7 grams now. This means that, theoretically, you made a profit of $280. Woah!

If you are jumping in joy at the scheme you just plotted to be rich, we have some bad news for you. The balance beams used to weigh gold measure the mass of the gold but not weight. You are aware already, and it is needless to remind you that it is the weight of the object that relies on gravitational force, not the mass. Hence, the mass of the 1 kg object remains same, whether you are in a country at the pole or equator

Even the electronic machines are calibrated to local gravitational force, making it precisely 1 kg and nothing more. Gasoline, however, has a different story. With 0.1% expansion due to the rise of a degree in temperature, gasoline can be profitable if it is extracted in the cold but sold in summer.

The common misconception about the shift in weights and gravitational force is blamed on rotation. However, the truth is that the culprit here is the centrifugal force but not the rotation. This is why things weigh heavier on poles than the equator. The scales that are used to measure gold will still show the same mass on all parts of the earth, even on the moon!