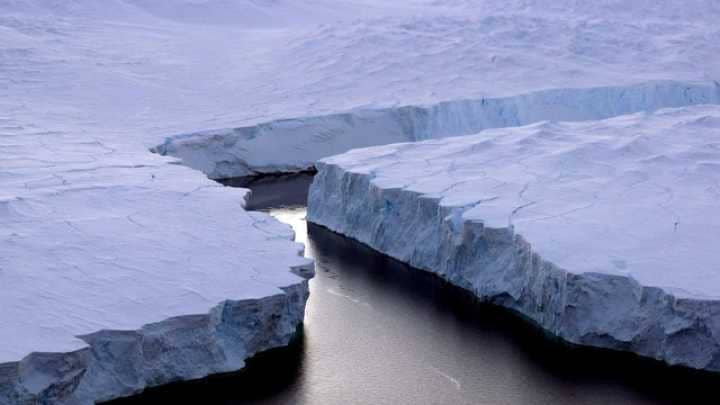 Icebergs keep breaking off of glaciers and ice shelf, but it is rarely heard of as an important event. Between July 10 and July 12, a massive iceberg broke off from Antarctica’s Larsen C Ice Shelf and it is considered to be one of the biggest icebergs that have ever been observed. The area of the iceberg spreads over 2,200 square miles, and the volume is 277 cubic miles. How large do you think that is?

You might be able to understand it better if the size is compared to known places.

The 277 cubic miles of the iceberg can melt to fill 462 million Olympic-size swimming pools while the area is enough to fit in the entire state of Delaware. The iceberg goes to the depth of 600 and 700 feet below the sea which would mean stacking up two Statues of Liberty one over another.

The humungous piece of ice floating in the Antarctic has a weight of 1 trillion metric tons. Comparing it to coffee would be kind of funny, but it is 104 times all the coffee that was produced in the world in the 2016-2017 harvest. Scientific research and journalism group, Climate Central says that if the iceberg were stretched over the entire length of the US, it “would coat all 50 states in a layer of ice 4.6 inches deep.”

If the same were made into a sphere, it would stretch to a height of 8 miles “literally edging into the stratosphere.”

The length of the iceberg from one end to the next is 99.4 miles which is as much as 58 Golden Gate Bridges joined end to end.

The lead scientist from Swansea University, UK, investigating the Larsen C Ice Shelf compared the size to the Eiffel.

To give a sense of the true dimensions of the Larsen C iceberg, here's an animation based on real data, with something familiar for scale pic.twitter.com/OdQA07qhBb

Located in the Antarctic Peninsula, one of the fastest warming regions of the world, the Larsen C Ice Shelf breaking icebergs are a part of the global warming trends all across the world, especially Antarctica and the Arctic. As the ice shelves weaken, the sea and air temperatures continue to rise, and mountain glaciers move toward the sea at faster rates that we predicted a few years ago. The coastal megacities from Miami to Mumbai are under great threat as the sea level rises at a fast rate.