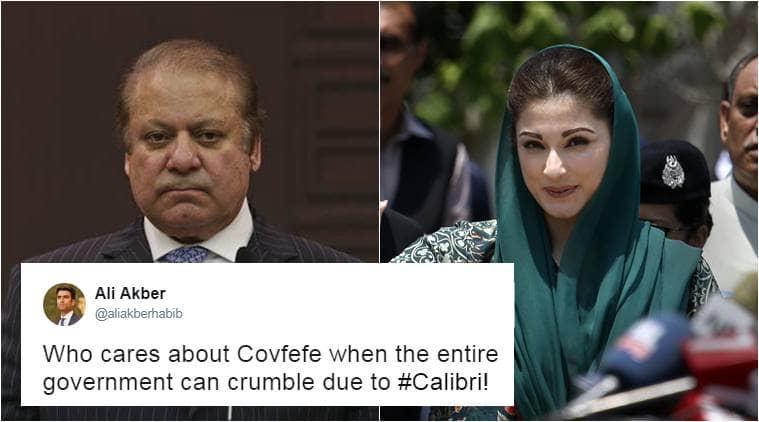 We all know at least one person who uses Comic Sans font in the worst of places to ruin their image once and for all. However, there are some corruption geniuses who have managed to drown themselves in a big scandal using the simple and decent, Microsoft default font Calibri. The font may sound ancient, but it was made commercially available only in 2007 and almost all of us have been using it ever since it was made the default.

The Prime Minister of Pakistan, Nawaz Sharif is involved in a massive corruption scandal that was taken to the court and a Joint Investigative Team (JIT) was formed to look into the matter that includes Pakistani police, military, and financial regulators. The matter arose when new evidence was revealed in The Panama Papers 2016.

When the investigation was opened, Sharif’s familial assets were found to have significant gaps and a case was filed with the National Accountability Court. The family denied misusing their position for personal profits and the PM’s daughter and his political heir produced documents from 2006 to prove her father’s innocence.

The documents did not work well with them when the experts noticed that they were written in Calibri, a font that was not even available until 2007. The offences against the Sharif family are significant enough including millions in possibly illegal offshore holdings and shady real estate properties. The PM is now charged with perjury, hiding his wealth, forging documents, and living beyond his means.

The font, however, was created in 2004 and it was available for download broadly but to use it without a license is allegedly a crime. The opposition parties are now calling for the PM’s resignation while his party has moved to a defensive stance.