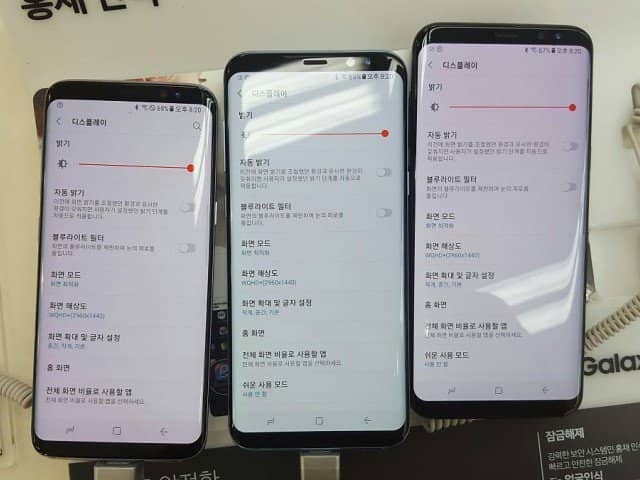 It was all going so well, a bit too well for the likes of Samsung! After the disastrous launch of Note7 last year, the tech giant was keen on making sure their latest Galaxy S8 doesn’t attract any controversy. And their commitment was evident from the elaborate torture cells they created to push the phones to the limits and iron out any discrepancies before the launch.

Alas, it looks like lady luck is just not ready to let Samsung off the hook, as some of the early Galaxy S8 owners are reporting a rather annoying reddish tint on its display. The users are complaining that even setting the red color to the lowest setting isn’t improving the problem.

Samsung has taken notice of the issue and confirmed that it will push a software update to fix the red screen issue.

“Because there are some complaints about the red-tinted screens, we decided to upgrade the software next week for all Galaxy S8 clients,” a Samsung spokesperson told The Korea Herald.

Here Are The Coolest Features Of The Latest Samsung Galaxy S8

The smartphone giant was quick to take note before the matter got out of hand, and has sent an announcement to every Samsung Service Centers, saying,

“There will be an additional update to make colour revisions more minutely at the end of April.”

“The Galaxy S8 and S8+ are equipped with Super AMOLED display to provide rich colours with high sharpness and contrast. In the past, we have received feedback that consumers wanted the ability to customise the colour setting of their Galaxy devices due to natural variations in displays, and we provided the option to do so in previous software updates.

“While the Galaxy S8 and S8+ have the ability for the user to modify the colour of the display, Samsung has listened to feedback and has decided to release a software update starting from this week which will provide customers with a further enhanced ability to adjust the colour setting to their preference.”

The update is expected to arrive next week and will expand the color range to allow the Galaxy S8 users to adjust the red color to even a lower level.

The company has tried to downplay the problem by pinning it on “individual preferences” and blaming it on users rather than the phone itself.

“We will upgrade the software because of some dissatisfied customers although there is no problem in the phone itself,” said the company.

Let’s just hope the problem is fixed by a software update and doesn’t require something akin to the mass recall last year.