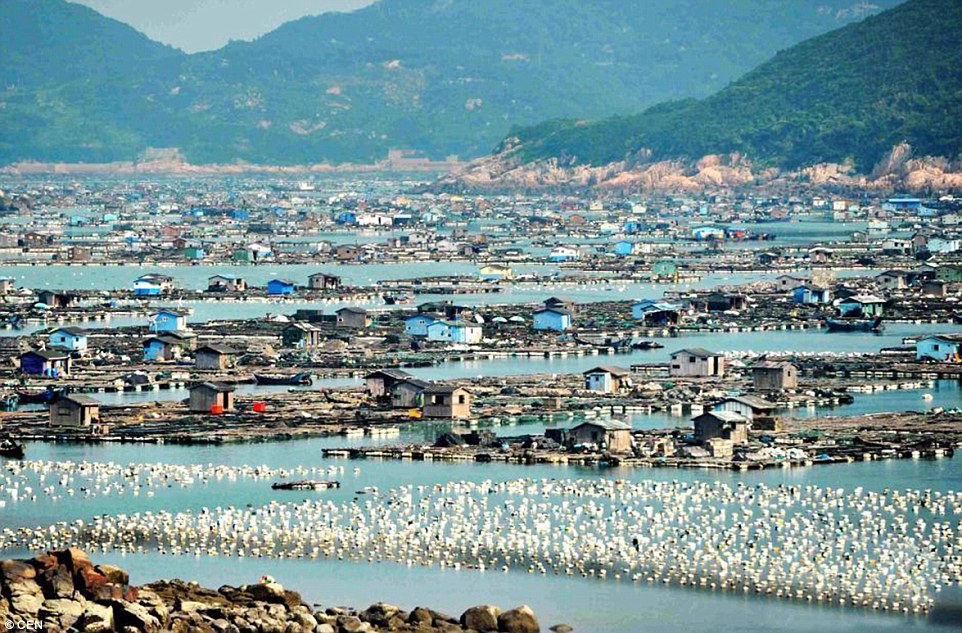 China’s £25 billion fish farming industry, established in the vast waters of the East China Sea, the South China Sea and the Yellow Sea, has been a primary source of economy for the country for the past 3000 years. A network of wooden platforms and pathways forming breathtakingly interconnected enclosures mark these farms.

Thousands of such floating farms are present in south-eastern China’s province, Fujian. Along with marine crustaceans such as oysters, mollusks, and shrimps, these farms also cultivate much sought-after shellfish which has been a delicacy in Asia since forever.

The mariculture industry of China is so large that it even has its own tourist industry.

The billion dollar industry seems to have fallen recently due to global warming, overfishing, and pollution. Although Chinese government bans fishing for three months every year to let the fish breed, it hasn’t proven to be effective against the massive pollution that the marine life is facing. Would you like to visit these enormous fish farms of China? Let us know in the comment section below.