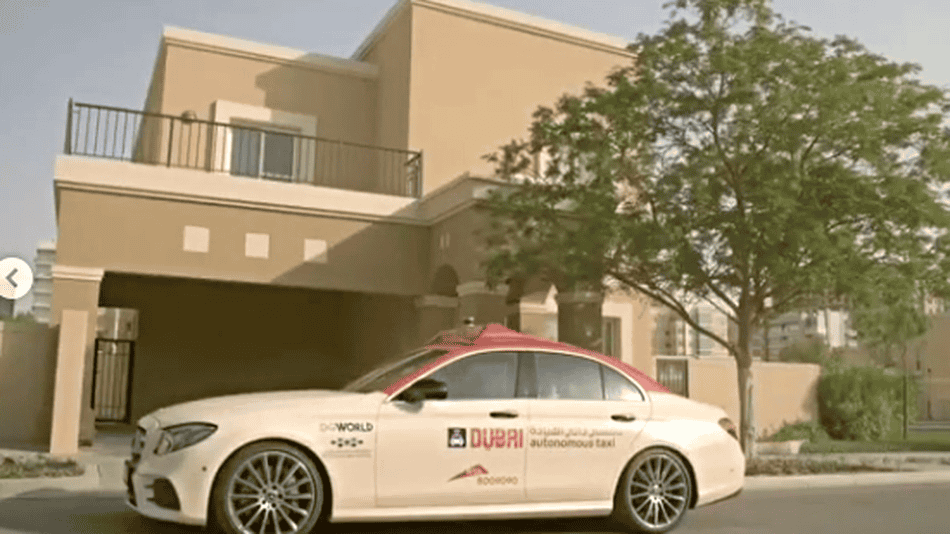 You may not see a driver inside if you book a taxi in Dubai next time.

The Roads and Transport Authority (RTA),Dubai has launched a one of its kind Self-Driving Taxi service.The electric taxi would operate in the Dubai Silicon Oasis area from December this year.

The service will have a three-month trial phase after which the Roads and Transport authority will make a decision regarding roll-out of the service.

Khaled Al Awadhi, a director at one of RTAs’s departments, said regarding the Service’s roll-out:

“After the three-month trial phase, we will gather all the information and evaluate how we can roll-out driver less taxis in other areas of the city.”

The autonomous self-driving Taxi was designed in collaboration with the Dubai Silicon Oasis and DG World for Robots and Artificial Applications.It is a Mercedes Benz E-class model and is equipped with a myriad of sensors to help it navigate the roads seamlessly. It can fit up to four passengers along with a driver (on standby of course). Initially, a driver would accompany passengers and in case of a glitch, the driver can take over by shifting the car to human drive mode. Check out the video below for more details on how Autonomous driving works on the new Mercedes.